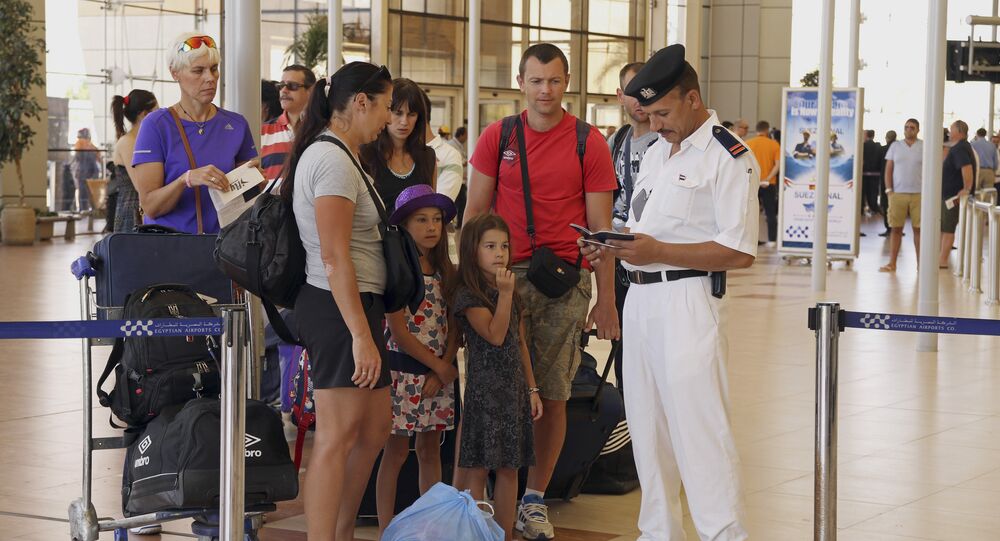 A Russian Emergencies Ministry plane has delivered over 18 metric tons of luggage, belonging to Russian tourists, from Egypt to Moscow, a ministry spokesperson informs.

"An Il-76 plane of the Emergencies Ministry has landed at the Vnukovo airport [in Moscow] with over 18 tonnes of luggage onboard, belonging to Russian tourists who left Egypt earlier on 10 transit flights," a ministry spokesperson said early on Friday.

© Photo : Emercom of Russia
Timer Bomb Possible Cause of Russian A321 Plane Crash in Egypt - Reports

This is the 16th flight that carried the baggage of tourists, who are now only allowed to travel with carry-on luggage from Egypt back home.

According to the Russian Emergencies Ministry, a total of 470 metric tons of personal belongings of Russian tourists have been delivered to various Moscow airports since the suspension of Russian flights from Egypt.

A Russian Airbus A321 plane crashed on its way from the Egyptian resort city of Sharm el-Sheikh to the Russian city of St. Petersburg on October 31. All 224 people on board, including 25 children, were killed in the tragedy, which is the biggest civil aviation disaster in Russian and Soviet history.

Egypt Ministry ‘Knows Nothing’ About US Experts Visiting A321 Crash Site

Egypt Will Not Rush A321 Plane Crash Investigation - President Sisi