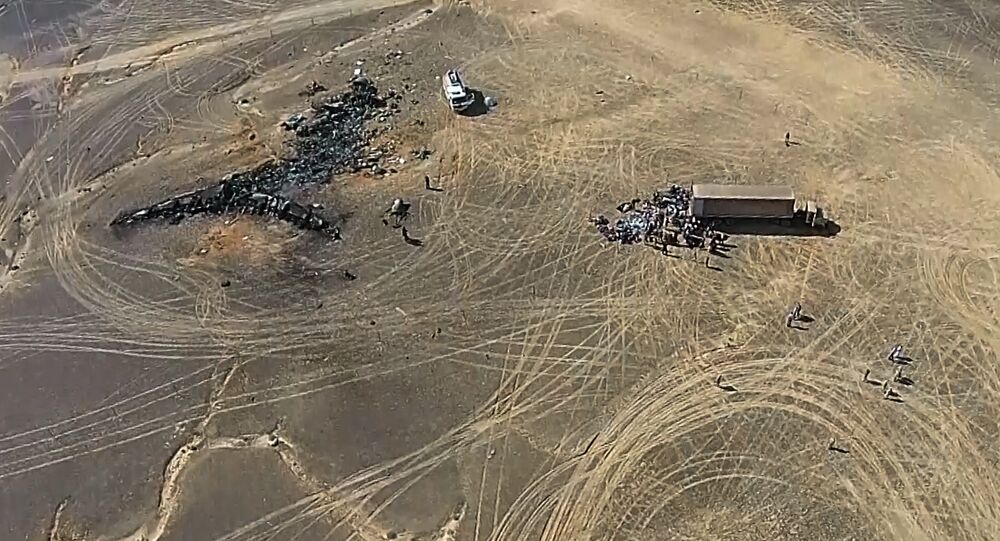 US Offers New Theories on A321 Crash, Despite Not Being Asked for Help

Despite not being asked for their help in the official probe led by Russian and Egyptian officials, the US and UK have launched their own "investigation" into the crash of Metrojet Flight 9268 in Egypt’s Sinai Peninsula. The latest from unnamed US officials? The A321 was brought down by a "military-grade" explosive.

Immediately following the tragedy that left 224 people dead, the Egyptian government, in conjunction with Moscow, launched an investigation to uncover the cause of the tragedy. As analysts sift through the evidence, they have urged foreign governments to refrain from jumping to conclusions.

But that hasn’t stopped officials in London and Washington. Both have expressed their belief that the aircraft was brought down by the self-proclaimed Islamic State terrorist group. These assumptions are based on intelligence, and neither government has been granted access to physical evidence.

In the latest claim, two American officials speaking on condition of anonymity have proposed that it must have been a “military-grade” explosive placed in the cargo hold of the A321. They say something like C4 would be required to have caused the tragedy.

This was echoed by British officials.

"You only need a couple of pounds of explosives and a timer and you are there," British Foreign Minister Philip Hammond told reporters on Tuesday. "We are not talking about schoolboy physics."

The IS affiliate in Sinai has been known to carry out attacks with C4 in the past. Earlier this year, the Egyptian military recovered large stockpiles of the explosive material during raids of militant compounds.

But that doesn’t change the fact that these latest theories are based on pure speculation.

"The lack of transparency demonstrated by Russia over time, in our minds means we may never be fully informed about the cause," one official said, according to CNN.

On Monday, Hammond had given indications of his faith in the official investigation.

"The definitive answer to whether or not it was a bomb will come from a forensic examination of the wreckage," he told reporters. "That is clearly not under our control. The Egyptians, the Russians are in a much stronger position to answer that question."

The Airbus A321 operated by Russian airline crashed in Sinai on October 31. All 224 people on board were killed, in what has become the largest civil aviation disaster in Russian history.

Cairo Approves Participation of US Specialists in A321 Crash Investigation

Egyptian Tourism Minister Postpones Visit to Russia After A321 Crash