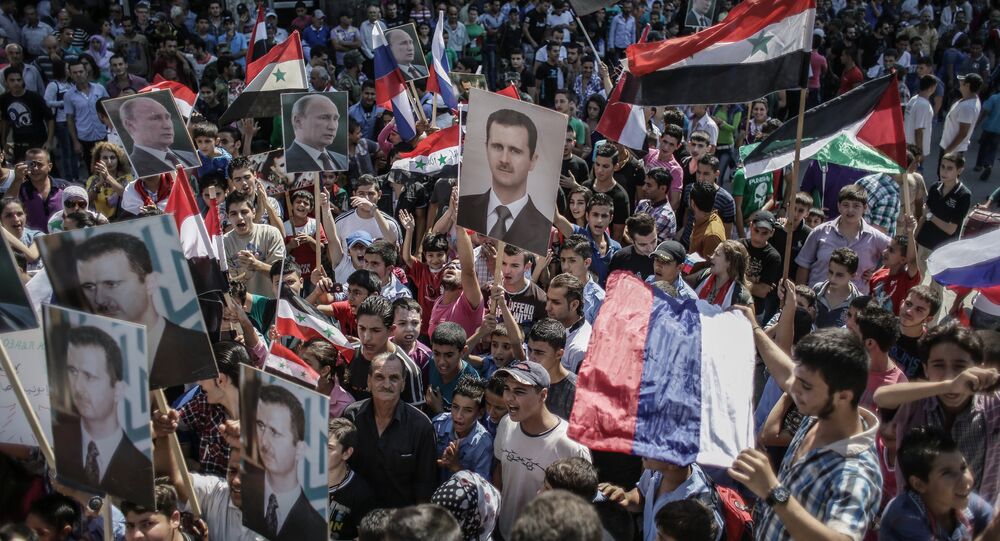 Over one million Syrians have returned home since the start of the Russian counterterrorism campaign.

“Since the beginning of Russian operations, according to UN structures, more than one million people have returned to their homes in Syria,” Meshkov said at a press conference in Moscow.

© Sputnik / Vladimir Astapkovich
Russian Airstrikes Thwart Terrorists' Offensive in Syria's Hama
On September 30, Russia launched an air campaign in Syria at the request of President Bashar Assad targeting terrorist positions with precision airstrikes. The operations has been coordinated with the Syrian army.

Since the beginning of the air campaign, the Russian Aerospace Forces have carried out more than 1,800 sorties, destroying more than 2,000 terrorist positions. Several hundreds of terrorists were killed, dozens of command centers and ammunition depots were destroyed.

Russia Concerned Over Increase of Refugees Fleeing to Europe