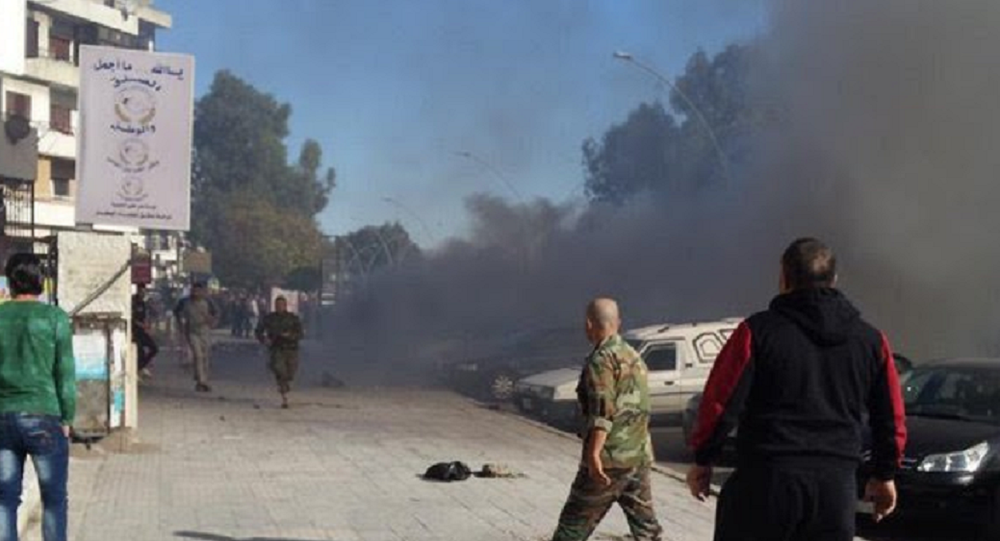 At least 23 were killed and 65 injured after rockets had allegedly fired by militants struck the Syrian city of Latakia on Tuesday, a local police source told RIA Novosti Tuesday.

"At the moment, 23 people are dead and at least 65 are at hospitals with injuries of various degrees," the source said.

However, the local administration confirmed to RIA Novosti that at least 12 people were injured in the rocket attack in Latakia.

Another picture of the rocket attack in Latakia alogn #Syria's coast pic.twitter.com/aElXc339YO

More images from #Latakia, #Syria from the mortar attack. pic.twitter.com/Nydkd78fAJ

It is unknown yet which militant group has carried out the attack in Latakia.

Two blasts occurred on Tuesday on a highway connecting the city of Latakia and a Russian airbase. According to eyewitnesses, the rockets were fired from the outskirts of Latakia. They fell near a local university building. A local police department is also situated in the area.

At least 12 civilians killed, 57 wounded in #latakia. Many of them students. Reports: Rockets fired by rebels nearby pic.twitter.com/Ua7TopaBDA

© Sputnik / Dmitriy Vinogradov
New and Improved: US Journalists in Awe of Living Conditions at Russia’s Airbase in Syria (PHOTO)
Russia's airbase Hmeymim is located in Syria's Latakia province. Russia has been conducting pinpoint airstrikes against terrorist positions in Syria at the request of President Bashar Assad since September 30. Currently, Su-25 attack aircraft, Su-24 and Su-34 bombers and Su-30 fighters are deployed to the Hmeymim airbase.

The center of Latakia is currently blocked by military checkpoints; police and military are at the scene, a RIA Novosti correspondent reported.

Syria has been mired in a civil war since 2011, with government forces fighting on multiple fronts against a so-called opposition factions and extremist groups, including Islamic State and the Nusra Front.