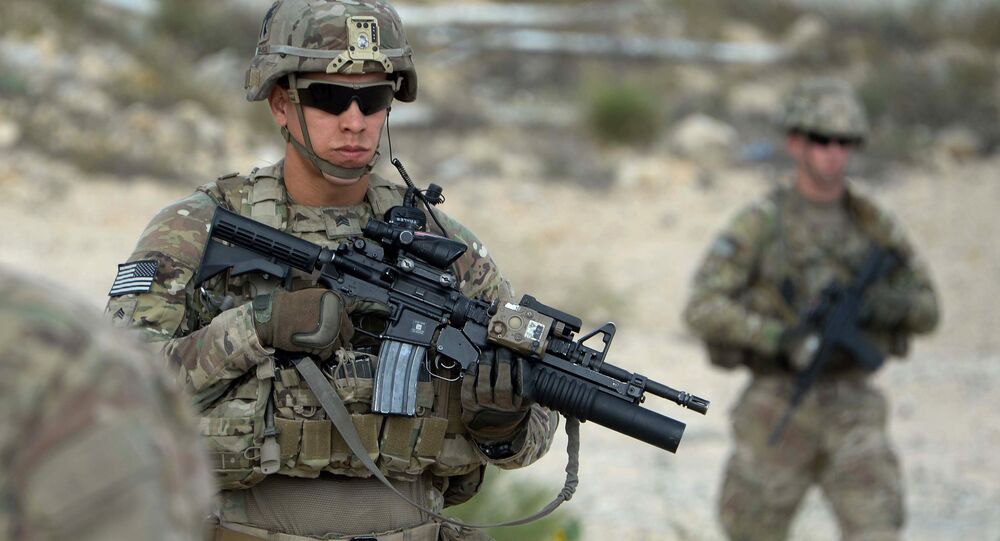 Secretary of Defense Ashton Carter has promised to send more American troops into Syria “if the US can find more ‘capable’ local forces to partner with in the fight against ISIL”; His comments to ABC News arrive just days after President Obama authorized the deployment of a small contingent into the country.

© AP Photo / Khalid Mohammed
Deployment of US Troops in Syria is a de Facto Act of War – Pat Buchanan
"If we find additional groups that are willing to fight ISIL and are capable and motivated, we'll do more. The president has indicated a willingness to do more, I certainly am prepared to recommend he do more, but you need to have capable local forces; that's the key to sustainable victory," ABC News quotes Carter as saying this week during an interview aboard the USS Theodore Roosevelt in the South China Sea.

On October 30, President Obama authorized the deployment of up to 50 commandoes to be stationed in northern Syria “to advise and assist” in the fight against ISIL.

Two small US teams are supposed to assess the security situation on the ground and coordinate with local Syrian forces in the country.

"What they are doing there is they are enabling local forces, a mixture of Kurds and Syrian Arabs, who want to fight ISIL. So this small, very elite group, is intended to bring to bear all that the US can bring to bear, in the way of intelligence, air power and so forth, to help these motivated, capable local forces," Carter told ABC News. "And this is an instance of the whole strategy. We have to beat ISIL. We will beat ISIL. ISIL's heart is in Syria and Iraq."

It recalls that Master Sergeant Joshua L. Wheeler was killed during a raid in Iraq last month.

The US defense chief acknowledged the possibility that there could be other such incidents.

"It wasn't [Wheeler's] mission to conduct the assault; it was his mission to support the assault. But when he saw the assault get into trouble, he sprang into action. Now that wasn't part of his mission statement, but it was a reflection of tremendous personal heroism on his part," Carter said. "We're sending them into a dangerous situation and it can develop into a combat situation as it did with Joshua Wheeler."

However, the US officials previously emphasized that the US presence will remain narrow in scope and not resemble the large-scale troop deployments of past US operations in Iraq and Afghanistan.

'Fear,' Desperation Drives Obama’s Scramble to Save US Credibility in Syria