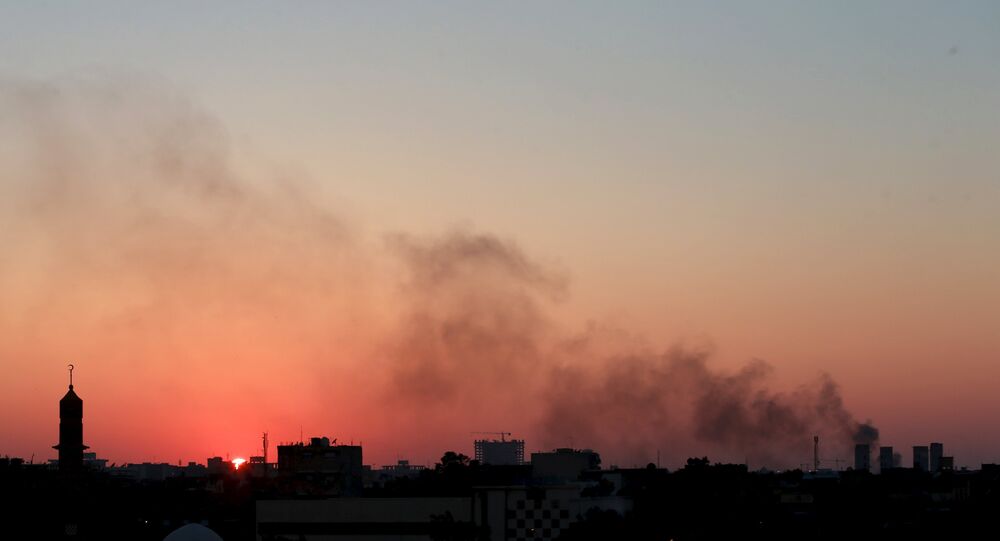 MOSCOW (Sputnik) — Two Serbian embassy staff, a man and a woman, were abducted in Libya on Sunday morning, the Serbian Foreign ministry said.

"Two officials of the Embassy of Serbia in Libya were kidnapped today in the morning. The abductees were identified as Sladjana Stankovic, a communications officer, and Jovica Stepic, a driver," the ministry said in a statement published on its website.

Serbian Foreign Minister Ivica Dacic spoke with his Libyan counterpart about the abductions, the statement said.

The ministry is "doing its best" to resolve the situation, to provide more information and guarantee safe return of the Serbian citizens, according to the statement.

© AP Photo / Manu Brabo
Crisis in Libya Worsens Despite Referral to ICC
Libya has been in a state of turmoil since early 2011 after the Arab Spring protests led to a civil war and the overthrow of long-time leader Muammar Gaddafi.

There are currently two rival governments in the county: the internationally recognized Council of Deputies based in Tobruk and the self-proclaimed General National Congress, based in the capital city of Tripoli

According to the United Nations, kidnappings and torture based on place of origin as well as political or religious affiliation are frequent in Libya, and are primarily carried out by extremist groups.

Earlier this year, several foreign nationals, including Indians, Italians and Tunisians, were abducted in Libya in separate cases.