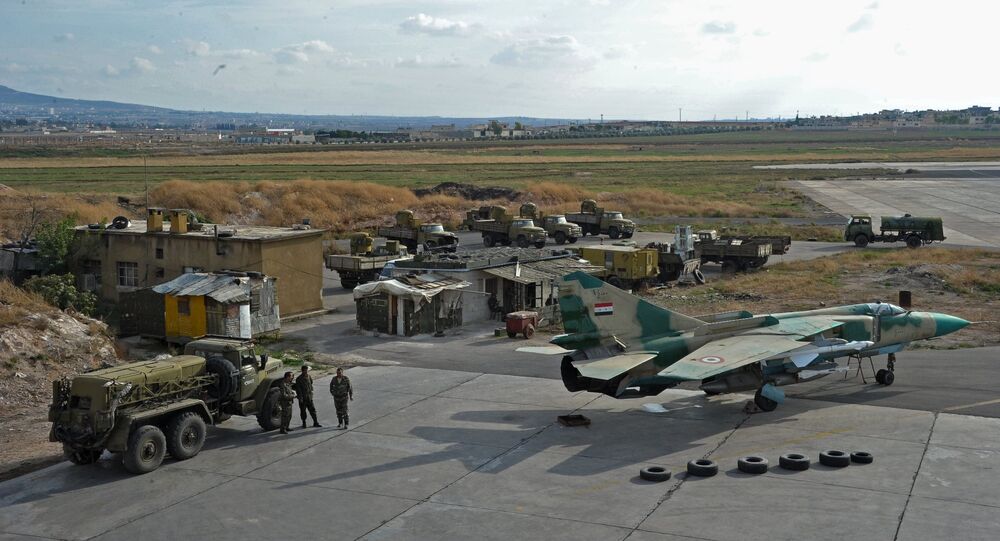 Syrian militants have man-portable air defense systems (MANPADS) capable of hitting air targets at an attitude of up to 4.5 kilometers (2.9 miles), according to a Hama airbase representative.

"We know that the militants have [FIM-92] Stinger systems, and several others, including Chinese-made, which they have seized from our military. We must admit that due to their attacks, we have lost many aircraft," the representative told reporters.

© AFP 2020 / ZEIN AL-RIFAI / ALEPPO MEDIA CENTRE
Militants Blow Up Part of UNESCO-Protected Citadel in Syria's Aleppo
According to him, the minimum height at which the flights are safe is 4.5 kilometers, but the source noted that the Syrian army often fly at a dangerous altitude "in order to carry out more precise airstrikes, for the civilian infrastructure not to be damaged."

Hama is the city in the province of the same name in central Syria. Rebels have repeatedly tried to capture the Hama airbase, which is considered a strategically important location.

Syria has been in a state of civil war since 2011, with government forces battling against various opposition factions. Apart from the rebels, Damascus has had to counter several extremist groups, including the Islamic State (ISIL), and the Nusra Front.

Militants Blow Up Part of UNESCO-Protected Citadel in Syria's Aleppo