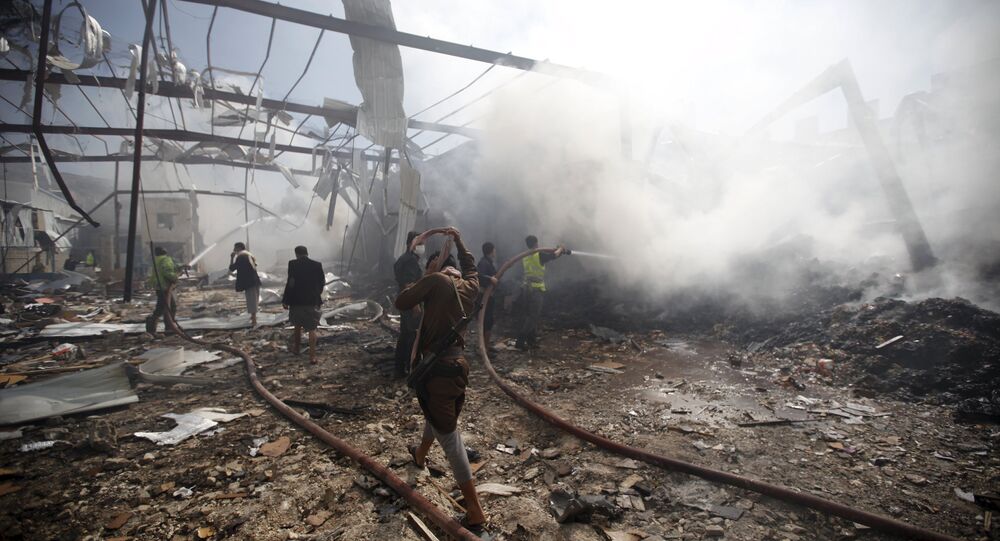 © AP Photo / Hani Mohammed
Saudi Arabia Plays Key Role in Yemen Conflict Settlement - Russian Envoy
DUBAI (Sputnik) – Yemen has been engulfed in a military conflict between the government and Shiite Houthi rebels, who have been supported by army units loyal to former Yemeni President Ali Abdullah Saleh. Since late March, a Saudi-led coalition has been carrying out airstrikes against Houthi positions at the request of Yemeni President Abd Rabbuh Mansour Hadi.

"They hit military bases, army units, which are allied to Houthis, but, unfortunately, they often attack residential areas, especially the homes of Yemeni citizens who sympathize with the Houthis or supporters of former President Saleh. Almost all of their houses have been destroyed," Dedushkin told RIA Novosti.

He added that it was primary civilians who suffered most as the result of the airstrikes.