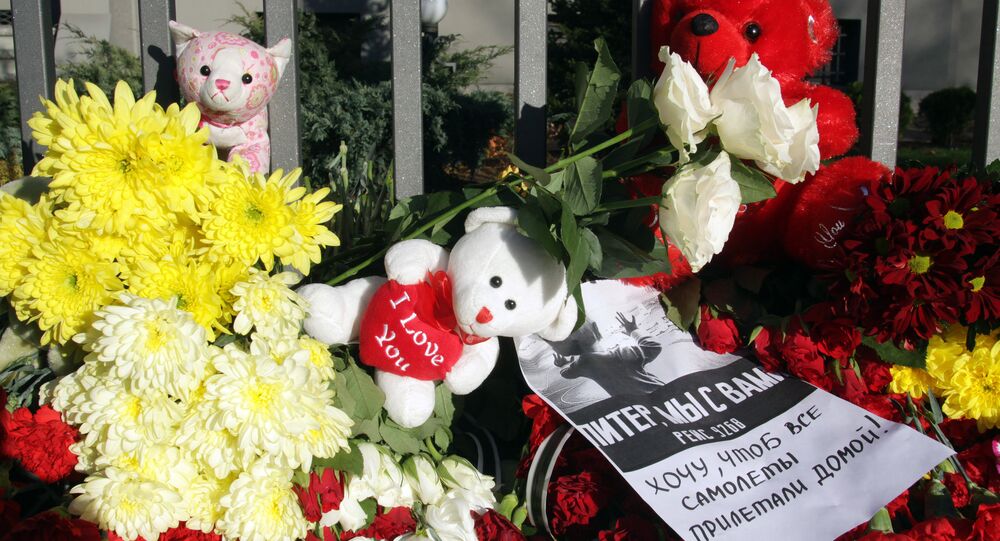 A body of a child and remains of victims in the Airbus A321 plane crash in Egypt were found by a search operation inside large portions of fuselage, the head of the Department of Fire and Rescue Forces of the Russian Emergencies Ministry said Wednesday.

MOSCOW (Sputnik) — On Saturday, an Airbus A321 passenger jet crashed en route from Sharm El-Sheikh to St. Petersburg killing all 224 people on board. The event is the worst civil aviation disaster in Russian history.

"During the additional investigation of the forward fuselage, the Russian Emergencies Ministry rescuers discovered a body of a child, presumably, and remains of the victims," Alexander Agafonov said.

© Sputnik / Maxim Grigoryev
Analysis Shows Mid-Air Explosion Possible Cause of A321 Crash in Egypt
According to the official, rescuers could not previously access the fuselage as experts investigating the crash were working on it. The rescuers will use drones to explore areas where parts of the plane's tail section were found.

The bodies, brought to Russia on Monday, will be identified in St. Petersburg. Over 200 DNA samples have been gathered among victims’ relatives to assist in the identification process.

Speculations on A321 Crash Not Based on Evidence - Investigation Commission