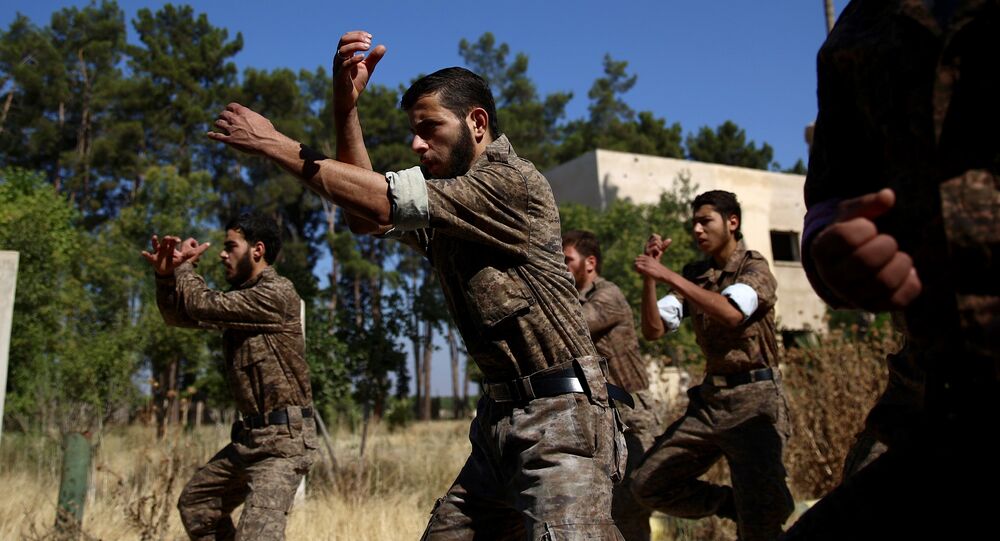 US military advisors are alleged to have started training so-called moderate rebels near the city of Salma in the Latakia province in what amounts to breaking a pledge not to put US boots on the ground in Syria, Lebanon's satellite television channel al-Mayadeen reported, citing an unnamed military source.

"American officers began training Turkmen militants around Salma in the Latakia Province," the media outlet noted, adding that the mission was previously carried out in Turkey.

© Flickr / The U.S. Army
What is Really Behind US Boots on the Ground in Syria?
Last Friday, the White House announced that approximately 50 special operations troops would head to Syria to "train, advise and assist" rebel forces fighting ISIL. They are expected not to take part in combat operations.

ISIL fighters, according to the Damascus-led forces, are not present in Latakia. For their part, Turkmen militants are said to be fighting along al-Nusra Front rebels against the Syrian army.

Washington's earlier efforts to train moderate Syrian rebels on the Turkish soil ended in failure. The program cost some $500 million and produced less than a hundred fighters, most of whom joined radical groups.

Obama has continually lied to the American people & the world on #Syria, #Iraq & #Afghanistan. Cannot be trusted. https://t.co/ODz0XZ0QAJ

© AP Photo / Susan Walsh
Twitter Explodes in Protest Over 'Boots on the Ground' in Syria
The White House recently introduced another major change to the US approach towards Middle East. In mid-October, Obama pulled the plug on the withdrawal of US troops from Afghanistan saying that approximately 10,000 soldiers will remain in the country.

Washington's revised strategy in Afghanistan and Syria fuels fears of an escalation of the US presence in the region despite Obama's repeated pledges to end it. The White House tried to dispel them by promising to keep the ground mission in Syria limited.

The US-led coalition has been conducting airstrikes against ISIL targets in Syria since September 2014 but the radical Sunni group has remained largely immune to these efforts. Unlike Russia's campaign, Washington's operation was not authorized by Damascus.