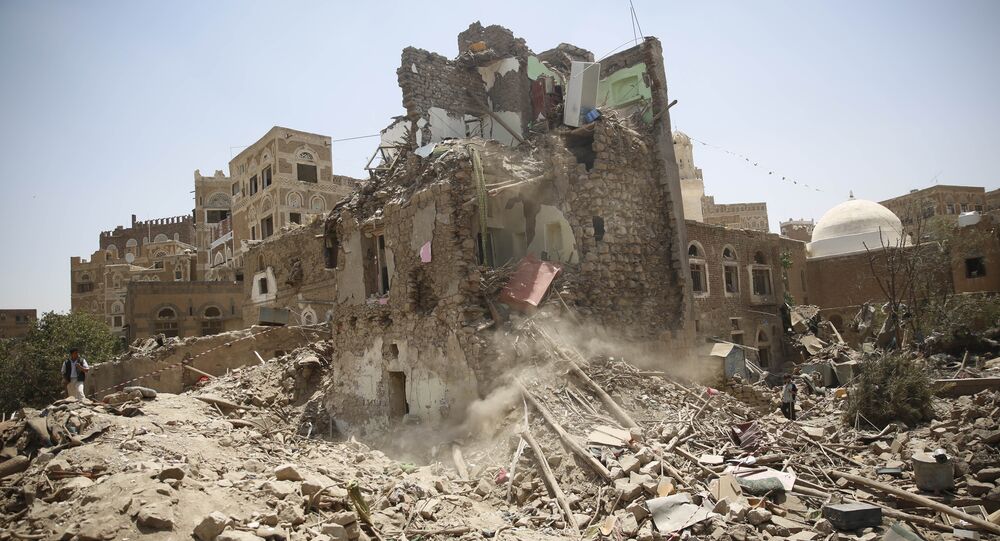 What was originally intended as a brief intervention has now extended into a lengthy and much-maligned military campaign, leaving Saudi Arabia and its backers with little to show for the thousands left dead.

When Riyadh first began aggressive military action in Yemen, it was sold as a "quick intervention," a necessary move to defend against alleged "Iranian influence."

"The military option was the last one for Saudi Arabia and came via a request from the legitimate government and to protect Saudi citizens from ballistic missiles," Saudi Foreign Minister Adel al-Jubeir said last week, according to Reuters.

But prolonged involvement is taking a toll on the kingdom. Military action is costing billions, and stagnating oil prices mean that the Saudi government is losing one of its principal sources of income. Allies in the conflict – including the United States, United Kingdom, and France – are growing impatient with the lack of results.

Not mention the humanitarian devastation. Shriveling funds means that Riyadh has failed to deploy any of the $274 million in aid it had promised.

© AP Photo / Mosa'ab Elshamy
All in the Kingdom Is Not Well: Power Struggle in Saudi Arabia
The United Nations estimates that as many as 2,400 Yemeni civilians have been killed by coalition bombing. The Saudi naval blockade has left approximately 1 million people internally displaced, and as many as 20 million people in need of food, water, and medical supplies.

And while Saudi officials have repeatedly – and incorrectly – predicted the conflict’s approaching conclusion, the worst may be yet to come. According to Reuters, the Saudi coalition has struggled to secure Yemeni territory, even when it has support from the locals. In addition, Riyadh has not even begun to press into the highlands, where Houthi fighters have the strongest presence.

Last week, reports surfaced that political infighting within the Saudi royal family was at least partially to blame for the kingdom’s recent foreign policy decisions. Fearing for his own security after his father’s eventual death, King Salman’s son, Deputy Crown Prince Mohammed bin Salman, has been using his position as head of the Saudi Defense Ministry to improve his own reputation.

"You could argue this whole Yemen operation was in part calculated to shore up the defense minister’s profile," said Frederic Wehrey of the Middle East Programme at the Carnegie Endowment for International Peace, according to Agence France-Presse.

With the Deputy Crown Prince’s future at stake, the conflict could become a never-ending campaign, grasping at an unachievable success.

A military victory for Saudi Arabia would bring an end to the conflict. But experts tell Reuters that success could also reinvigorate the kingdom into launching aggressive military campaigns elsewhere, chasing its phantom Iranian aggression across the region.