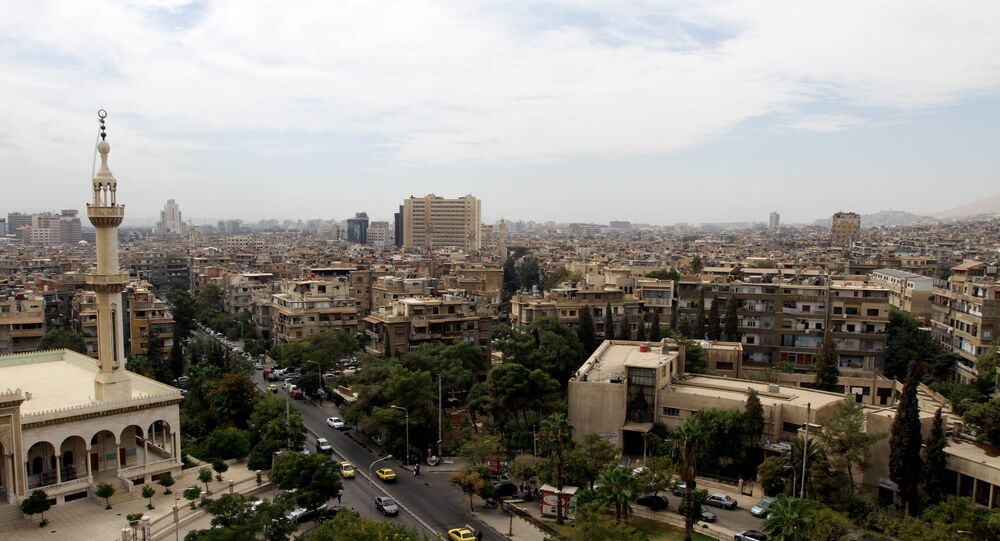 United States officials persist in claiming that Russian military aircraft hit a hospital in Syria but they refuse to share any information relating to the alleged incident, which, according to Russia's Ministry of Defense, did not happen at all.

As it turned out, the allegations are based on unconfirmed reports from unnamed non-governmental groups operating in Syria, as well as publicly available sources.

"What we're saying is that we have seen information that Russia is targeting civilian infrastructure. And we would point you to Syrian NGOs on the ground as well as open source reporting on that," US State Department spokeswoman Elizabeth Trudeau said during a press briefing on Monday.

© Photo : Russian Defense Ministry
Five of Six Syrian Hospitals Allegedly Hit by Russian Airstrikes Don't Exist (PHOTO)
When asked to elaborate on the claims, Trudeau corrected herself by saying that the Russians in fact were not targeting civilian infrastructure but still insisted that they hit a hospital. She repeatedly refused to disclose where the supposedly hit hospital is located.

Earlier, reports in Western media suggested that Russian forces bombed as many as six hospitals. The number was later revised to a single medical facility, since there are no hospitals in the other settlements the military aircraft targeted that day.

The only hospital which could have been hit during the Russian-led aerial campaign is therefore located in the town of Sarmin. On Monday, the Russian Defense Ministry released aerial images of the locality which show that the hospital in Sarmin had not been destroyed.

#СИРИЯ There is aerial photo of #SARMIN town taken by the Russian aviation on October 31, 2015 pic.twitter.com/XllihyDVe4

#SYRIA It can be seen that #SARMIN hospital building is absolutely undamaged. The street suffered no damage as well pic.twitter.com/QCJoSh9gR7

"How about this? I'll take your question. If there's information we can share, we'll get back to you. Okay," Trudeau said referring to the photos.

© AFP 2021 / Saul LOEB
Does the US Sending Troops to Syria Amount to Illegal 'Aggression'? White House Doesn’t Appear to Mind!
Earlier, US State Department spokesman John Kirby stated that "We've seen some information that would lead us to believe that Russian military aircraft did hit a hospital" but refused to provide any evidence supporting the allegations.

"I am not going to share intelligence and operational information," he said.

Russia launched its aerial campaign aimed at assisting Damascus-led forces in their fight against terrorism groups in the country following a formal request from Bashar al-Assad.