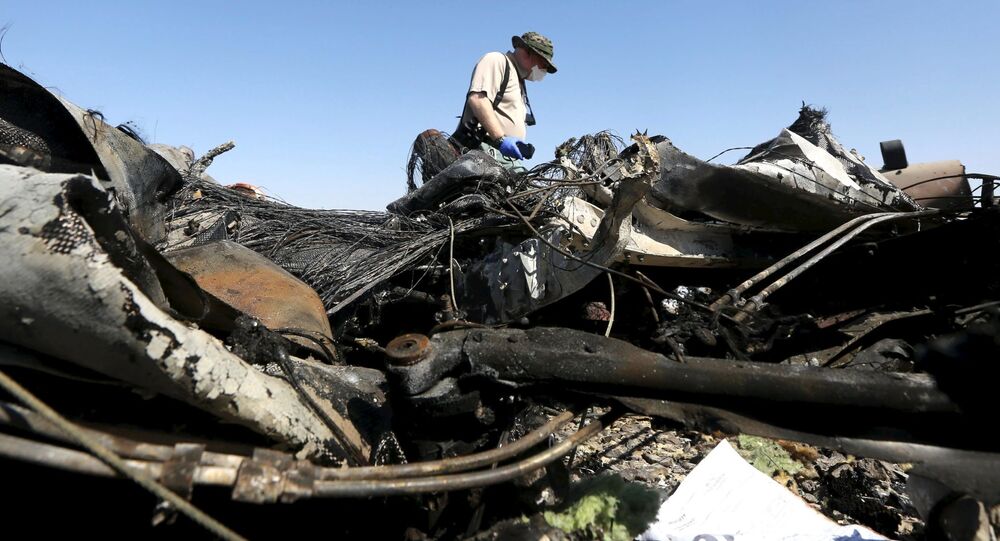 RT released footage showing personal belongings of the victims of the tragic plane crash in Sinai Peninsula that killed 224 people on board.

The video shows pieces of shattered debris and parts of the plane scattered around the site.

The footage shows personal belongings of the victims which are heart-breaking to see: a broken iPhone, a woman's bag with her passport still in it, a kid's shoe and a pair of sneakers. Viewer discretion is advised.

Members of the Russian Emergency Ministry are working at the site to recover the remaining bodies and to investigate the deadly accident.

On Saturday, an Airbus A-321 operated by Russian airline Kogalymavia crashed in the Sinai Peninsula en route from the Egyptian resort city of Sharm El-Sheikh to St. Petersburg. All 224 people on board, including 25 children, were confirmed dead by Russian and Egyptian authorities.