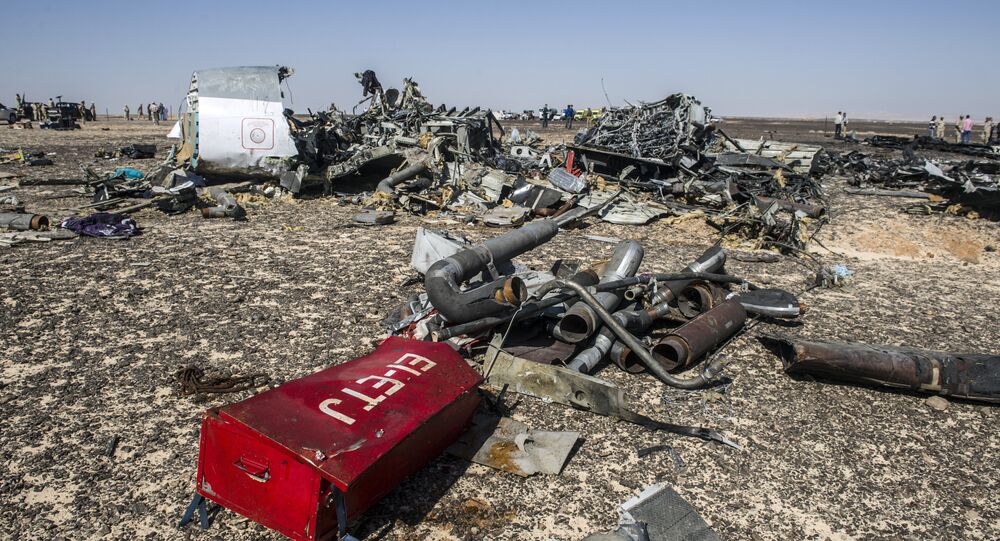 Flight 7K9268 Broke Into Pieces Midair, Too Early to Determine Cause

Viktor Sorochenko, an official with the Intergovernmental Aviation Committee, made the comments after inspecting the crash site on Egypt's Sinai peninsula.

The Russian Airbus A321 which crashed in Egypt Saturday killing 224 broke into pieces midair, but it is still too early to determine the cause, Interstate Aviation Committee (MAK) said Sunday.

"It is too early to draw conclusions," MAK executive director Viktor Sorochenko said. "Disintegration of the fuselage took place in the air, and the fragments are scattered around a large area [about 20 square kilometers]", the official added.

In a separate development, Egyptian President Abdel Fattah al-Sisi said the investigation into the crash causes could take months.

"This is a complicated matter and requires advanced technologies and broad investigations that could take months," he told army recruits in a televised speech on Sunday.