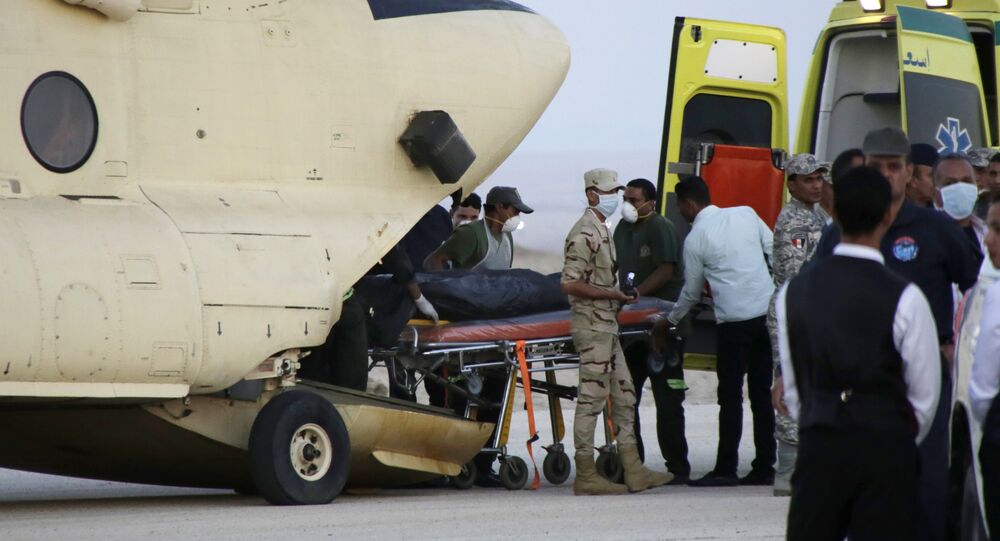 Egypt is ready to assist in sending the bodies of those dead after the Russian plane A321 crash as soon as all the analyses are completed, the Egyptian Minister of Tourism said Sunday.

Heads of the Ministry of Emergency Situations, Transport Ministry and the Federal Air Transport Agency, members of the Russian Investigative Committee and Interstate Aviation Committee have arrived in Egypt late on Saturday.

Egypt is ready to assist in sending the bodies of those dead after the Russian plane A321 crash as soon as all the analyses are completed, the Egyptian Minister of Tourism Himam al-GaAs said Sunday.

"Now we perform the analyses of the bodies. If you're ready to send them home, we are ready to assist, "- he said at a meeting with representatives of Russian ministries and departments, arrived in Egypt.

The representative of the Russian Federal Center of Forensic Medicine said that examination of the remains to be carried out in St. Petersburg. "Here in Egypt, they will only collect them," — he added.

Russian rescuers will be ready to leave for the crash site of the Russian aircraft in Egypt at 8 a.m, the head of Ministry Emergency Situations Vladimir Puchkov said during a meeting with representatives of the Egyptian government.

The crash site is located in a remote mountainous area, four hours from Cairo.

Puchkov also stated that his department prepared IL-76 plane to deliver the bodies to St. Petersburg.

"This is a very important task, which is assigned to the Ministry of Emergency Situations — it is our duty to pay tribute to the dead."

The representative of the Russian authorities said that the task force from Russia currently define the sequence of activities at the Cairo airport.