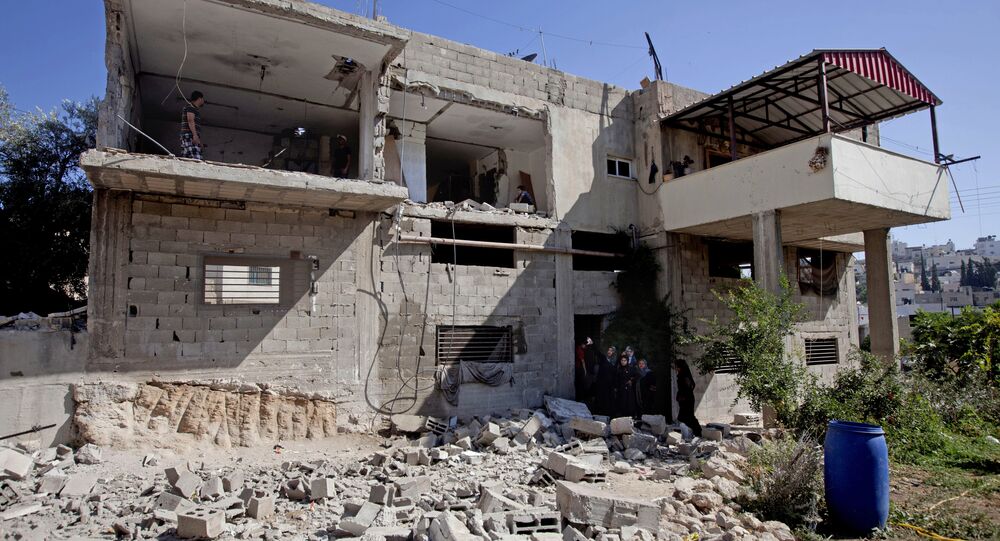 A human rights group called on the Israeli military to defend Palestinians from attacks by Israelis living in West Bank settlements and investigate the attacks effectively.

MOSCOW (Sputnik) — The recent days, tensions between Israelis and Palestinians have been on the rise in West Bank’s occupied area of Hebron. Dozens of people were reportedly injured and killed this month.

"Israeli forces must fulfil their duties to protect Palestinian civilians living under occupation from attacks by settlers, work to prevent settler violence, and hold those responsible to account, particularly in Hebron. Their apparent failure to intervene during some of the recent settler attacks effectively makes them complicit," Philip Luther, Director for the Middle East and North Africa Programme at Amnesty International said Friday.

According to the organization, the Israeli military introduces restrictions on the Palestinians, instead of helping them.

© AFP 2021 / ABBAS MOMANI
RT Channel Crew Under Tear Gas Attack in Palestine During Live Broadcast
A renewed wave of violence in the long-standing conflict broke out this month amid fears that Israel was planning to revise the status quo at Temple Mount, which houses Islam’s third holiest site, the Al-Aqsa mosque.

Palestinians seek the recognition of their independent state, proclaimed in 1988, on the territories of West Bank, including East Jerusalem, and the Gaza Strip.

Most of the areas claimed by the State of Palestine were seized by Israel in 1967 during the Six-Day War. The Israeli government refuses to recognize Palestine as an independent political and diplomatic entity. Israel has continued to build settlements in occupied territories, prompting condemnation from the United Nations.