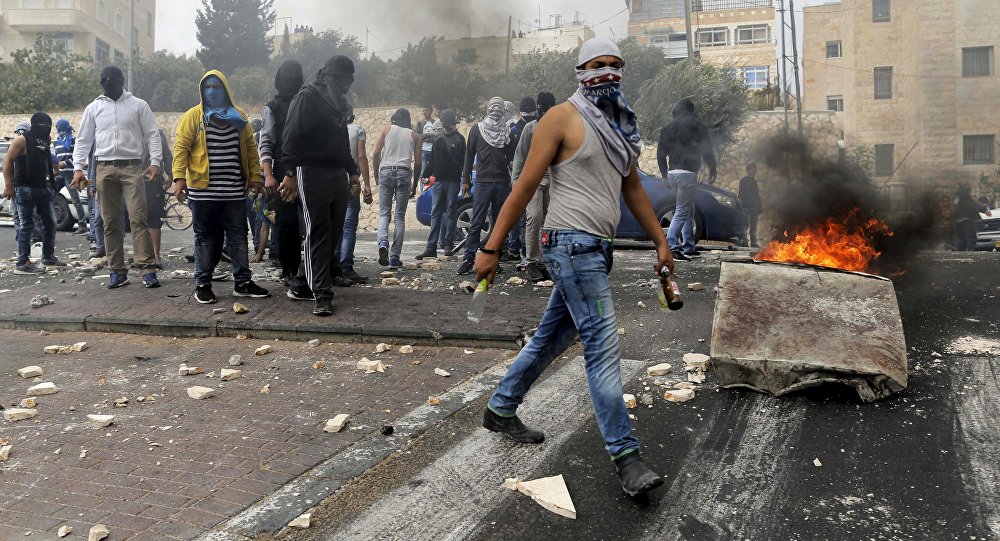 Hoping to see a teenage Palestinian protester indicted, Israeli police have conducted a series of raids on a hospital in occupied East Jerusalem. It’s reportedly part of a broader trend.

© REUTERS / Mussa Qawasma
Palestininan Shot After Allegedly Stabbing Israeli Soldier
Israeli police accuse Makassed hospital in East Jerusalem of illegally hiding a 15-year-old whom they had shot while he was involved in a protest. On that ground they carried out several raids against the hospital, trying to obtain information about the boy's location, Haaretz reported.

Makassed says that, despite their claims that the teen never applied there for treatment in the first place, the police have been quite persistent in their search. Seeking evidence on patients who they accuse of revolting against the Israeli government, law enforcement has reportedly been checking records from surveillance cameras and questioning staff on all juveniles under treatment.

Other hospitals have also reported being pressured into providing medical data on wounded youth involved in clashes. Some doctors are trying to stop the police from carrying out raids by addressing the International Red Cross and other aid agencies.