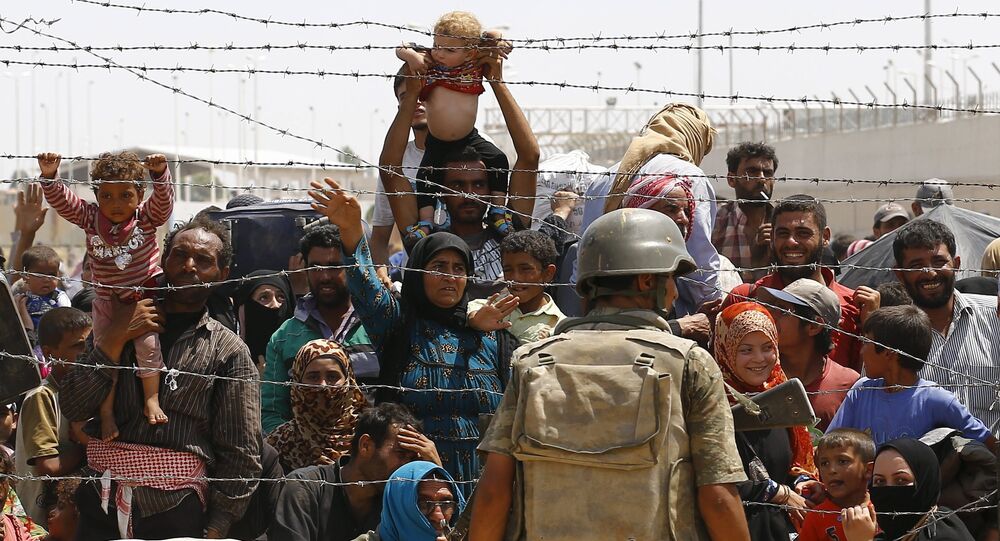 While many experts focus on the illicit sale of oil as ISIL's main source of revenue, in an interview with Radio Sputnik, Loretta Napoleoni, an Italian journalist and political analyst known for following the money trail of terrorist organizations, reveals that the Islamist group's main source of revenue is actually from taxation.

© AP Photo / Militant website via AP, File
Bank Looting, Oil Sales Drive up to $1.5Bln in Islamic State Revenue
“It is not true that oil is the most important source of revenue for the IS; it is an important source of revenue, but the most important one is, actually, taxation. ISIL today controls a territory with 8 million people and levies taxes upon this population for their business,” Loretta Napoleoni, an Italian journalist and political analyst and an expert on terrorist financing and money laundering, told Radio Sputnik.

But then, Napoleoni explained, there is all the rest of the activity. And smuggling of any kind is very important.

“And finally, it is smuggling of migrants. Because the IS levies a tax on every single individual who crossed the border. Most of the crossing is done by the traffickers in the territory which is controlled by the IS in order to go to Turkey. This is also huge, huge revenue which is about 500,000 euro per week.”

© AFP 2021
Self-Styled ISIL Caliphate Will Stop at Nothing to Get Money for War
The expert however explained that there is almost no way of cutting the Islamic State's funds, because it is a closed economy, there is no funding coming from outside. There may be some private sponsors bringing the money in, but most of the money goes through the desert and in cash with no realistic way of tracking it while a war is raging on.

“This is a war economy, which is tapped into the economies of the neighboring countries, which are also affected by the war economy,” she said.

With regards to kidnapping, Napoleoni explained that it was initially one of the main sources of revenue. Between 2014 and 2015, the group actually made between $75-100 million, but now migrant smuggling is much more profitable.

“The IS does not do kidnapping, it is done by criminal groups which the sell hostages to the Islamic State. Because IS is an infrastructure for negotiation, it is an investment. After some time a hostage might become valuable to them. But all in all, today kidnapping does not generate as much as the smuggling of migrants.”

But, she added, what is more serious than the actual cash aid or cash from sales is the arms delivered by the US-led coalition, which are getting into the wrong hands.