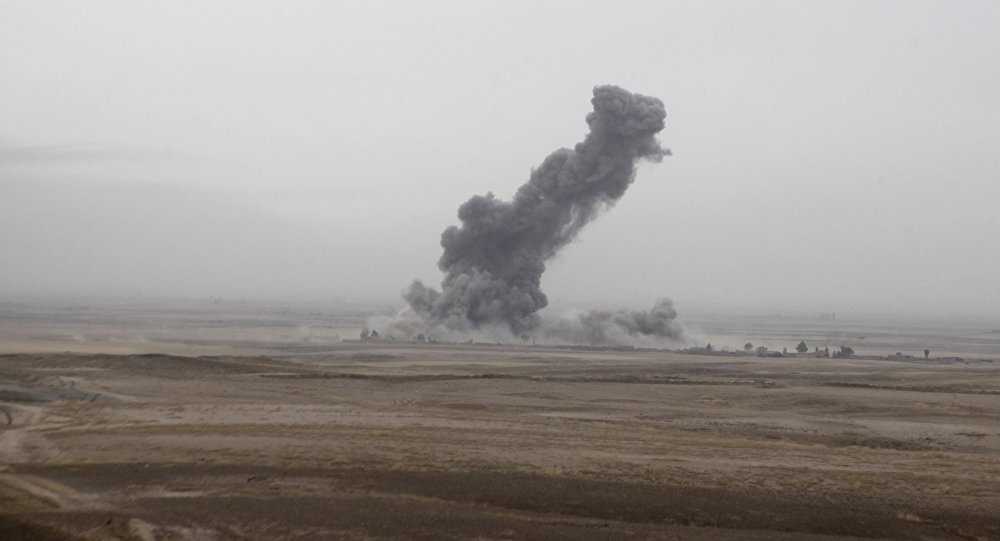 The US-led coalition against the Islamic State (ISIL) conducted one airstrike in Syria and 11 in Iraq, according to the US Central Command.

© AP Photo / Senior Airman Matthew Bruch, U.S. Air Force
US-Led Coalition Conducts No Airstrikes in Syria for Second Day in Row
WASHINGTON (Sputnik) — The US-led coalition against the Islamic State (ISIL) conducted one airstrike in Syria and 11 airstrikes in Iraq resulting in the destruction of the terrorist group’s infrastructure, the US Central Command said in a press release on Friday.

The airstrikes were launched on Thursday near five Iraqi cities to the north and west of Baghdad, including Ramadi and Mosul. The strikes hit multiple IS assembly areas, tactical units and fighting positions, as well as other infrastructure targets.

© AP Photo / Khalid Mohammed
US to Increase Ground Forces in Iraq While Avoiding Invasion
An airstrike near the Syrian city of Mara, carried out on Thursday, hit three ISIL tactical vehicles, the Central Command said.

Russia has also continued its airstrike campaign against the ISIL terrorists in Syria, launched at the request of Syrian President Bashar Assad.

Russia's Aerospace Forces have recently increased the number of sorties as they have received more quality intelligence data on the terrorist positions in Syria, according to the Russian Defense Ministry.

US to Increase Ground Forces in Iraq While Avoiding Invasion

US-Led Coalition Against ISIL Launches 14 Airstrikes in Iraq, None in Syria