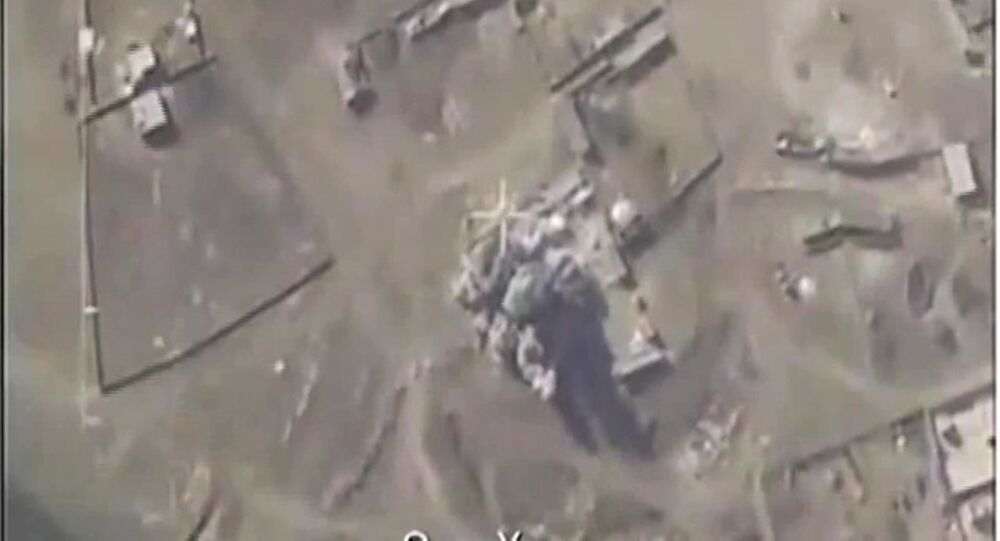 Unsubstantiated US State Department claims that Russian airstrikes had struck hospitals have been rejected by Medecins Sans Frontieres and the Red Cross.

MSF's rejection of claims made by the White House, and repeated in the US press, that Russian air strikes had hit hospitals follows confirmation from the Red Cross that none of its personnel on the ground have made any claims about a Russian air strike on its centers in Syria.

Dounia Dekhili said that MSF hospitals have no information on which to base the US allegations that Russia is responsible for the destruction of hospitals.

On Thursday, the medical organization reported that 12 hospitals had been targeted in Syria, six of them MSF institutions. However, MSF declined to assign responsibility for the attacks.

#Syria: Massive displacement due to increase of violence. 12 hospitals targeted including 6 supported by #MSF https://t.co/VfcnMMaYyt

"It is difficult to determine who is responsible for the air strikes that led to the destruction of the hospitals," said Dekhili.

"We were not witnesses, so we cannot be precise on that."

Dekhili explained that many areas of Syria are inaccessible, and the organization relies on reports from medical personnel on the ground, none of whom have said that Russia carried out an airstrike against a hospital.

Dekhili expressed the medical professionals' despondency at the violence which had left medical facilities and countless other civilian structures devastated in the course of the conflict, explaining that for years its institutions have reported being targeted by aerial bombardment.

"Regardless of who the parties to the conflict are, there is a total violation of medical and civilian structures."

© Sputnik / Dmitriy Vinogradov
'False Information' Spread Over Airstrikes in Syria – Russian Lawmaker
On Thursday, spokesman for the US State Department John Kirby was asked to provide sources to substantiate its grave allegations that Russia was responsible for damaging hospitals.

Kirby said that "we have seen some press reporting to that end," and referred to "Syrian civil society groups" and "other operational information" which led the US administration to make the allegations, but was unable to provide any evidence.

Kirby was asked for substantiation after Red Cross Director Dominic Stillhart said that its personnel on the ground had not reported any airstrikes by Russian planes on civilian targets, including hospitals.

On October 3, MSF stated that a US airstrike on its hospital in Kunduz, Afghanistan, had left 22 people dead and resulted in 37 being injured.

On October 29, the organization said it was "beyond doubt" that  the Saudi-led coalition carrying out bombings in Yemen, had hit its hospital in Haydan on October 26.