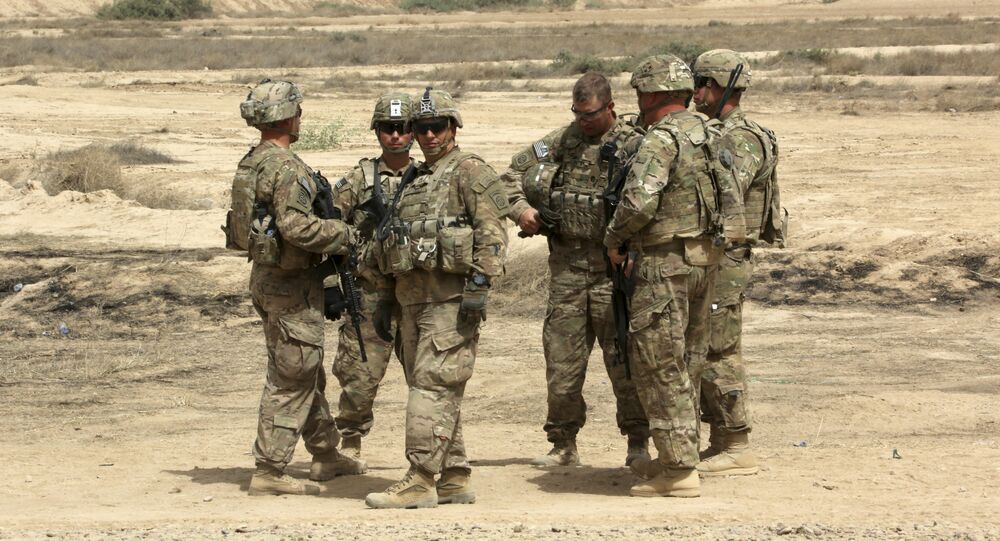 No, Thanks! Iraq Rules Out Need for US Ground Operation

Baghdad has not asked and does not need the United States to conduct ground operations against Islamic State in Iraq, Prime Minister Haider Abadi's spokesman said Wednesday.

MOSCOW (Sputnik) — On Tuesday, US Defense Secretary Ashton Carter said that the Pentagon had not ruled out conducting ground attacks against ISIL.

"This is an Iraqi affair and the government did not ask the U.S. Department of Defense to be involved in direct operations," Saad Hadithi told NBC News, adding that Baghdad had "enough soldiers on the ground."

Hadithi said the United States is required to coordinate through Baghdad any military activity in the country, including the airstrikes that an international US-led coalition is currently conducting against ISIL targets on Iraqi soil.

© AP Photo / Lee Jin-man
Boots on the Ground, But Details Still Unclear: Pentagon to Launch 'Direct Action' in Syria and Iraq
The spokesman, however, admitted that US assistance was important to Iraq to arm and train its forces.

Some 3,300 US troops are currently deployed in Iraq to train local forces and protect US facilities, according to NBC News.

US forces and Kurdish militia last week carried out an anti-ISIL operation in northern Iraq. The United States did not inform the Iraqi government of its actions in advance.

US-Led Coalition Against ISIL Launches 14 Airstrikes in Iraq, None in Syria