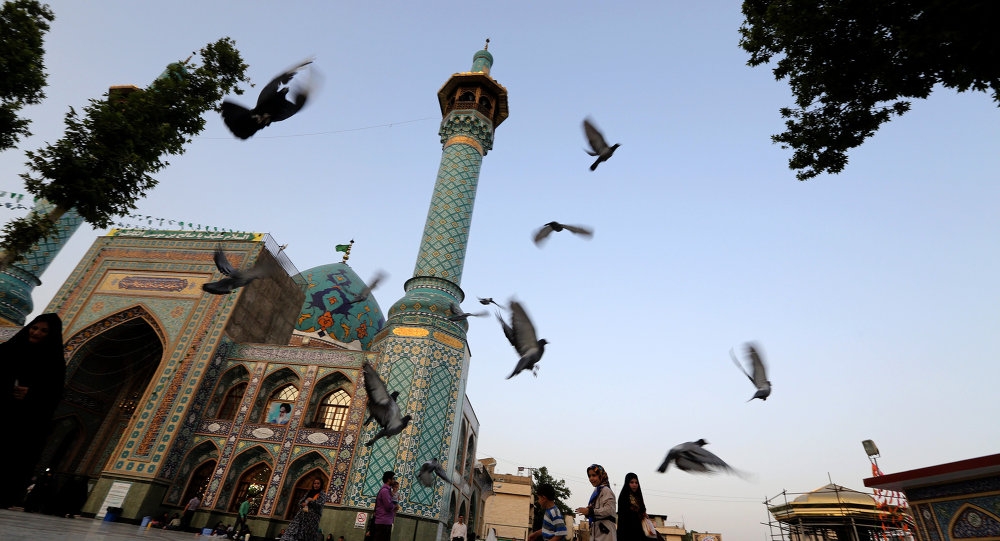 Iranian President Rouhani Expects Removal of Sanctions by End of 2015

Tehran expects the most of sanctions to be removed by 2016.

MOSCOW (Sputnik) – Iranian President Hassan Rouhani said that Western sanctions against Tehran over its nuclear program would be lifted by the end of the year, Iran’s IRNA news agency reported Tuesday.

“According to our plans, most of the sanctions against the Islamic Republic of Iran will be lifted by the end of 2015,” IRNA cited Rouhani as saying.

© AP Photo / Ebrahim Noroozi
US, Europe Increasingly Relying on Russia and Iran, They Once Considered 'Unreliable'
In July, Iran signed a historic deal with the P5+1 group of international mediators, including Russia, the United States, China, the United Kingdom, France and Germany, to ensure the peaceful nature of Tehran's nuclear program in exchange for the easing of sanctions.

Under the agreement, Tehran has agreed to reduce its stock of enriched uranium, decrease the number of centrifuges in the country and reconfigure a heavy-water reactor at Arak. The deal's implementation is being overseen by the International Atomic Energy Agency.

The European Union and the United States both adopted a legislative framework to begin lifting anti-Iran sanctions on October 18.