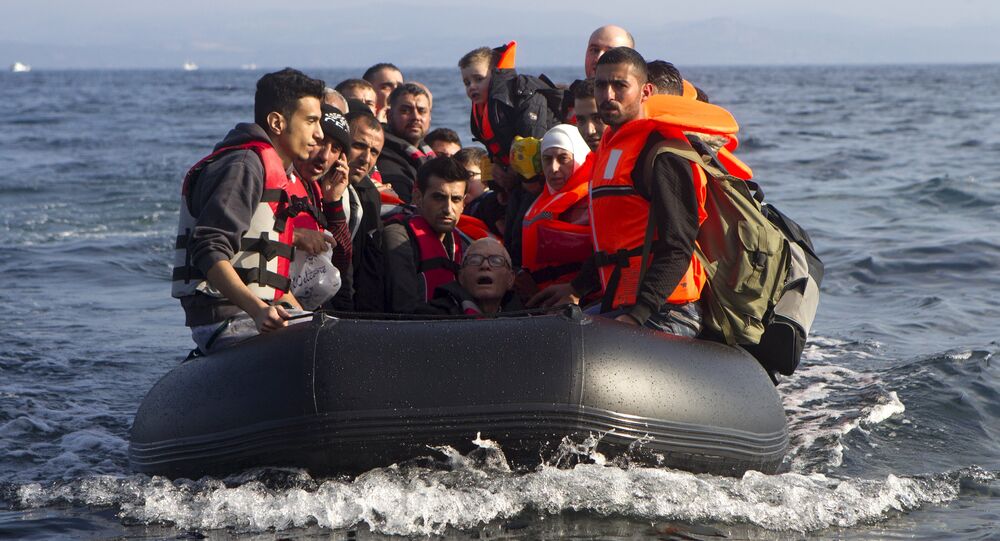 The mass exodus of people from Syria could be part of a strategic plan to weaken the local government by depopulating the country, WikiLeaks founder Julian Assange said.

“We have an interesting speculation about the refugee movement. We looked through our cables and so the speculation was this: occasionally opponents of a country would engage in strategic depopulation, which is to decrease the fighting capacity of a government.”

He added that in the case of Syria, those who fled the country were predominantly citizens belonging to the middle class – engineers, managers, bureaucrats – “precisely, the classes that are needed to keep the government functioning.”

“Encouraging [them] to flee Syria by Germany saying they will accept many-many refugees, and by Turkey taking nearly three million refugees thus significantly weakens the Syrian government,” Assange stressed adding that “regardless of whether there is a design behind it the forces engaged in trying to overthrow the Syrian government must be happy with the results.”

Syria has been in a state of civil war since 2011. The conflict between government forces and rebels, exacerbated by jihadist groups active in the region, has forced some 4 million Syrians to flee to neighboring countries, with many heading further to Europe.