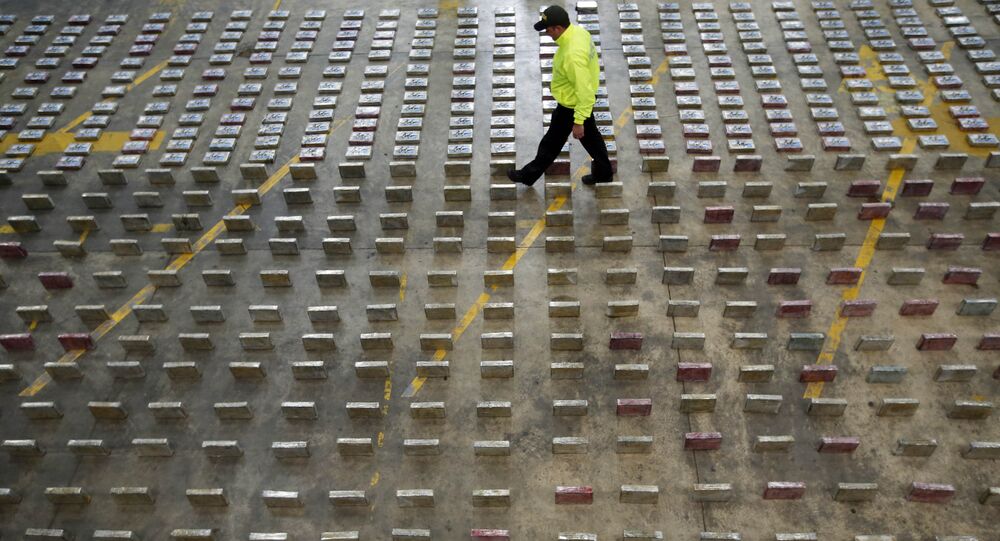 A Saudi prince was detained at the Beirut International Airport in Lebanon’s largest drug bust in history, a security source told Sputnik.

Prince Abdel Mohsen Bin Walid Bin Abdulaziz and four of his friends were detained by airport security on Monday, while trying to smuggle about two tons of Captagon pills and some cocaine.

Captagon is the brand name for the amphetamine phenelhylline, a synthetic stimulant known for psychoactive and stimulant effects. The drug is fairly popular in the Middle East.

"The smuggling operation is the largest one that has been foiled through the Beirut International Airport," AFP cited an anonymous Lebanese security source.

When detained, the five Saudis had the drugs neatly packed into cases, which were waiting to be put onto a private plane headed to Saudi Arabia, according to information given to Sputnik.

© Flickr / Yasser Abusen
Three Yemeni Drug Smugglers Beheaded in Saudi Arabia
It will be interesting to see what will happen to the prince now. It's a well-known fact that Saudi Arabia has very strict rules when it comes to the possession of drugs. Under the Gulf Kingdom's interpretation of Sharia law, this type of crime is punishable by death through beheading with a sword.

The Kingdom has already beheaded more than 130 people this year for the crimes such as the possession of drugs, drug trafficking, murder, armed robbery, rape and apostasy.

Members of the Saudi royal family have had problems with the authorities of other countries in the past.

Last month, another Saudi prince was arrested in Los Angeles accused of taking cocaine, sexually assaulting a maid, threatening to kill women who refused his sexual advances and having sex with his male aide.

Back in 2013, a Saudi princess enslaved a woman from Kenya making her a housemaid, but criminal charges against the princess were eventually dropped.