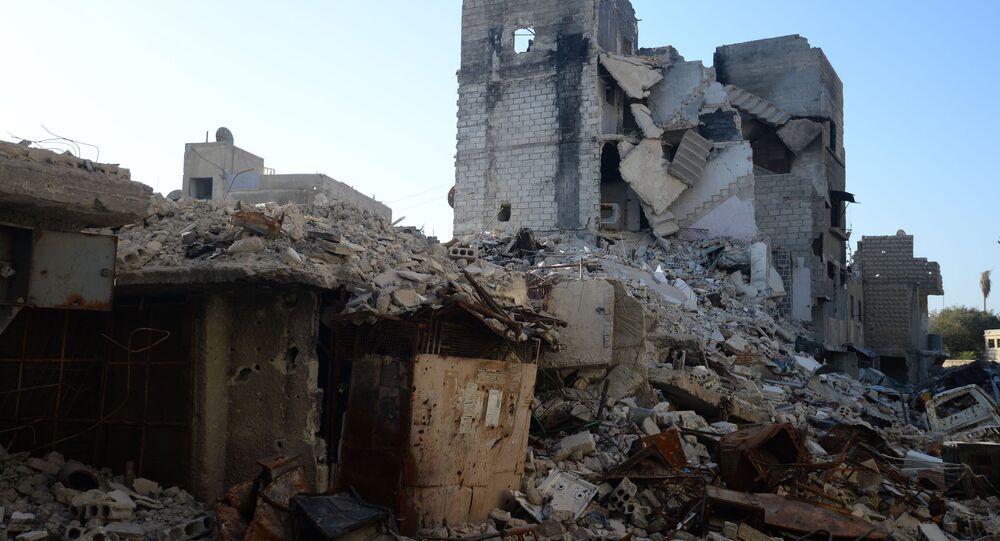 A member of a Syrian opposition party claims that Syrian President Bashar Assad’s willingness to cooperate with the armed opposition in the country in the anti-terror fight shows that a comprehensive peace agreement is possible in the country.

MOSCOW (Sputnik), Svetlana Alexandrova — Syrian President Bashar Assad’s willingness to cooperate with the armed opposition in the country in the anti-terror fight shows that a comprehensive peace agreement is possible in the country, a member of a Syrian opposition party told Sputnik.

On Thursday, following Tuesday's talks with Assad, Russian President Vladimir Putin said that the Syrian leader was ready to consider Moscow providing support to some Syrian opposition groups, provided their goal was to fight terrorism.

"It shows that there is a way for the Syrian Army and the combating opposition to sit around the table like what they currently do in different areas across Syria where they agreed on a ceasefire and to extend these local ceasefire agreements to comprehensive peace," Samir Aita of the Syrian Democratic Forum opposition party told Sputnik on Friday.

Syria has been in the state of a civil war since 2011, with troops loyal to president Assad battling several opposition factions.

© AFP 2021 / GEORGE OURFALIAN
Assad’s Army Makes Advances, Kills Hundreds of ISIL Militants in Syria
The Syrian army and opposition forces have established several ceasefire regimes in various settlements across the country, but the conflicting sides have broken these truces.

Aside from the rebels, the Syrian forces have also been fighting against extremist insurgent groups, including jihadists from the Islamic State (ISIL) militant group.

‘President Assad Was Calm and Composed During Visit to Moscow’