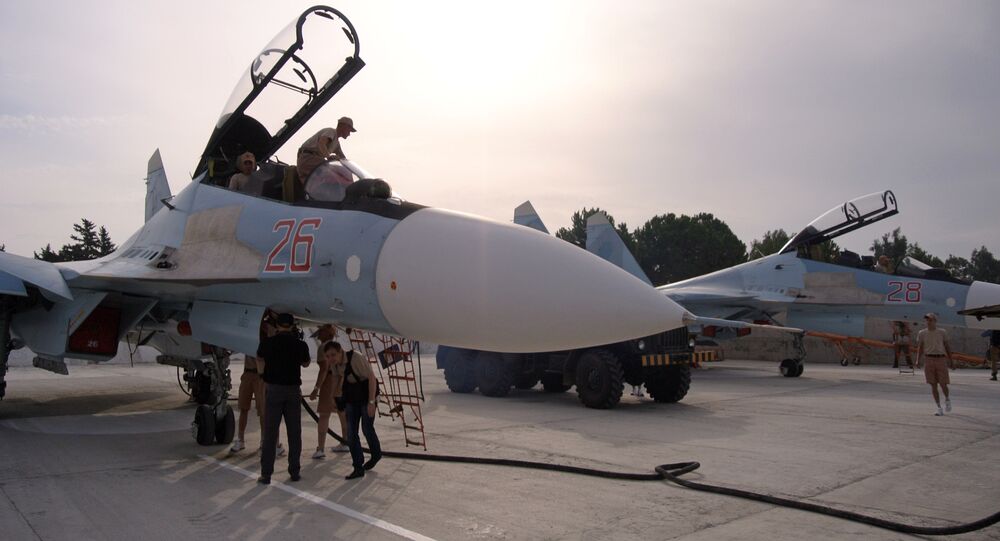 'We're Here to the End': Russian Servicemen in Syria Speak to French TV

The off-duty life of Russian servicemen in Syria seems to be of such interest to journalists that they are resorting to all kinds of tricks in order to get a story; one French TV crew, for example, left their camera running while casually chatting to Russian officers outside their air base in Latakia, and here is what they learnt.

Russian speaking journalists working for France 24 ran into Russian servicemen in the port of Latakia. The TV crew claimed the servicemen were “military instructors sent by Moscow to train Syrians.”

© Sputnik / Grigoriy Sisoev
Why Russia Is Friends With Syria
Even though the officers asked them to switch off their camera and take no pictures, the crew left the camera running.

When asked how long they think they will stay in Syria, the servicemen replied:

“We’ll take a pass on that one. We can just tell you that we’ve been here since the beginning and will be here until the end. In fact, we don’t know ourselves when we’ll be leaving…But at least it will be over soon…” (the crew translated it as "but we hope it will be over soon" and then added sub-titles on their own initiative: "since the air force is doing a good job.")

When apparently asked to comment on the Syrian army, the officers said:

“You know, they [presumably the Syrians] have got everything: tanks and equipment…it is just such a mindset, the mentality is kind of like, more or less, Chechnya – [everything] is being bought and sold.”

© REUTERS / Stringer
The Empire of Chaos is in a Jam
The crew translated it as “it is a bit like the war in Chechnya…the guys sell everything on to the enemy.”

“Take Ossetia for example (the crew translated it as “You remember the war in Ossetia?”) It is the same generals who were in control there, the same 58th army, they…have been sent here, and they are in control of armed operations here.”

The servicemen however noted that the Syrians are really grateful for Russia’s intervention.

“I’m really happy that Russians are helping us! They are the only ones who are truly honest with us. When they say they will do something, they do it,” one of the Syrians in a military uniform told the crew.

As proof, the TV crew took a shot of a city market which is now selling underwear emblazoned with the Russian two-headed eagle emblem.