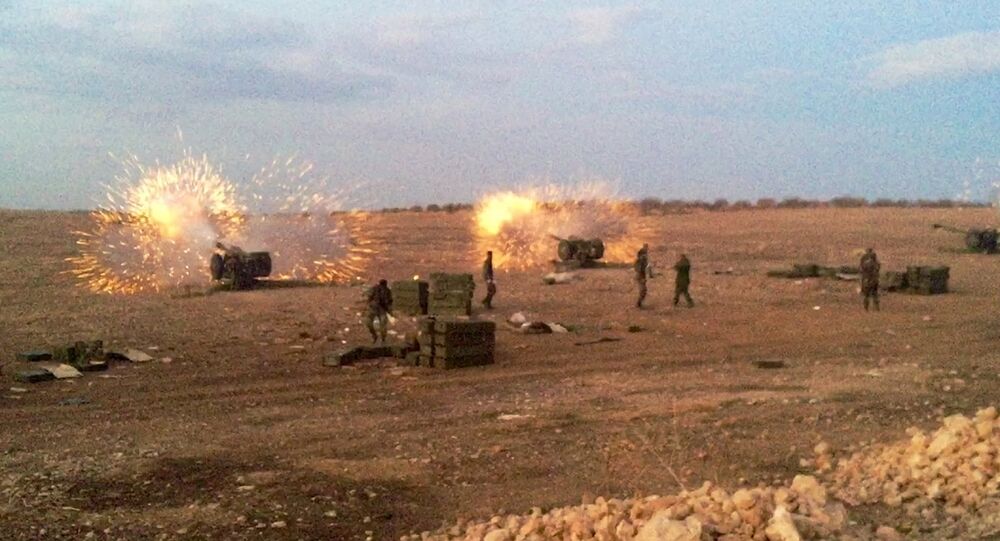 Russia and Iran do not have any disagreements over Syrian conflict settlement, Russian Ambassador to the United Nations Vitaly Churkin said Friday.

© AFP 2021 / GEORGE OURFALIAN
Russia, Iran Changing ‘Equation of Syrian Battle Against ISIL’
MOSCOW (Sputnik) – Both Russia and Iran, together with Syria and Iraq, have set up the Baghdad Information Center to coordinate joint military action against the Islamic State (ISIL) militants. The four countries are represented by officers of the national armed forces, whose primary task is to collect and analyze data related to militant operations in the region.

According to Churkin, Washington believes that Iran should be involved in diplomatic cooperation, but the current international atmosphere makes participation of particular countries "undesirable."

Iran has developed proposals on how to end the Syrian war that could potentially lead to a "breakthrough," Churkin said.

Russia is convinced that any external support for a political resolution of the Syrian conflict is irrelevant without Iran's involvement, Russian Foreign Minister Sergei Lavrov said on Thursday.

Lavrov is due to meet later in the day with top diplomats from the United States, Saudi Arabia and Turkey in Vienna for talks on a range of global issues, including the Syrian conflict.

Syria has been in a state of civil war since 2011. Forces loyal to President Bashar Assad have been fighting several opposition factions and numerous militant groups, including ISIL.