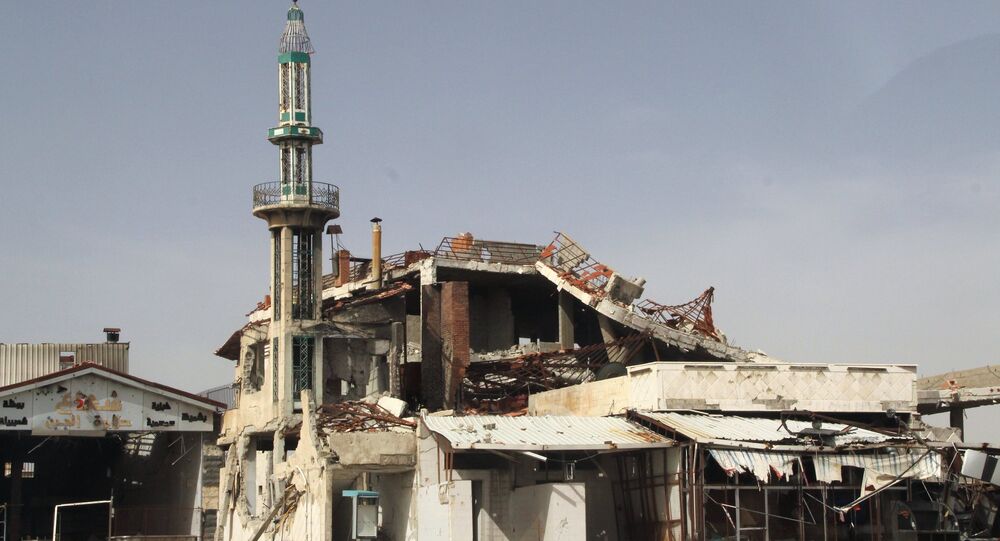 Egypt, Iran, Jordan, and the United Arab Emirates should also participate in efforts to resolve the conflict in Syria, Russian Ambassador to the United Nations Vitaly Churkin said Friday.

© Sputnik / Mikhail Voskresenskiy
Something’s Rotten: Syrian Conflict Brings US' Fishy Policies Into Spotlight
MOSCOW (Sputnik) – On Friday, Russian Foreign Minister Sergei Lavrov is due to meet with top diplomats from the United States, Saudi Arabia and Turkey in Vienna for talks on a range of global issues, including the Syrian conflict.

"This is a good group of countries but in order for the maximum impact to be developed, the group must be expanded to include some other countries including Iran, Jordan, Egypt — Egypt is very important — and the [United] Arab Emirates," Churkin told journalists.

Syria has been in a state of civil war since 2011. Forces loyal to President Bashar Assad have been fighting several opposition factions and numerous militant groups, including Islamic State (ISIL).

On September 30, Russia began conducting precision airstrikes on IS positions in Syria at the request of Assad.

Russia-Syria Cooperation Should Not Prevent US From Working With Moscow