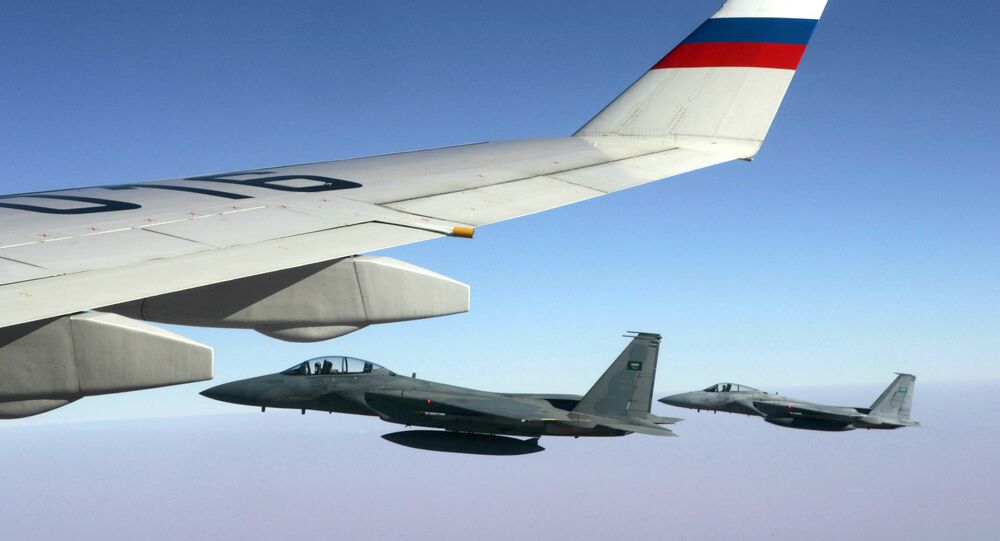 A military planespotting blogger found the likely route of Bashar Assad's visit to Moscow from Syria, which is surrounded by US allies on all sides.

The likely route of Syrian President Bashar Assad's secretive visit to Moscow has been revealed by a military aviation planespotter using data from airplane tracker FlightRadar24.

The flight was conducted in complete secrecy, as security concerns regarding the transportation of a head of state could have been intercepted at a low altitude in Damascus, where terrorist groups including ISIL maintain a presence. Over Iraq, Assad's plane could have been in danger of interception by planes of the US-led coalition, and tracking of the plane could have revealed that he was no longer in the country.

Although speculations in the New York Times that making Assad's visit would public would have allowed his inner circle to overthrow him seem unlikely (who else would know about the visit if not Assad's inner circle?) they do provide a clue to the visit's security risks.

The blogger found that one plane, Rossiya Airlines' government plane Il-62M with registration RA-86539 likely took Assad from Latakia's Hmeymim air base (which doubles as Basel Al Assad International Airport) to Moscow. The plane was first spotted leaving Moscow's Chkalovsky airfield before turning off its transponder on October 20. The plane was then briefly spotted the next morning over the Caspian Sea slightly north of Iran, with no callsign, and then Moscow-bound over Russia.

© Photo : livejournal.com
The likely route of the flight back

Assad likely returned to Syria on another government Il-62M, with registration number 86559, which flew with its transponder turned on for the duration of the entire trip on Tuesday evening, but no callsign. The plane then returned to Russia with official callsign RFF7094.

Russia's Role in Syrian Regulation to Increase After Putin-Assad Talks