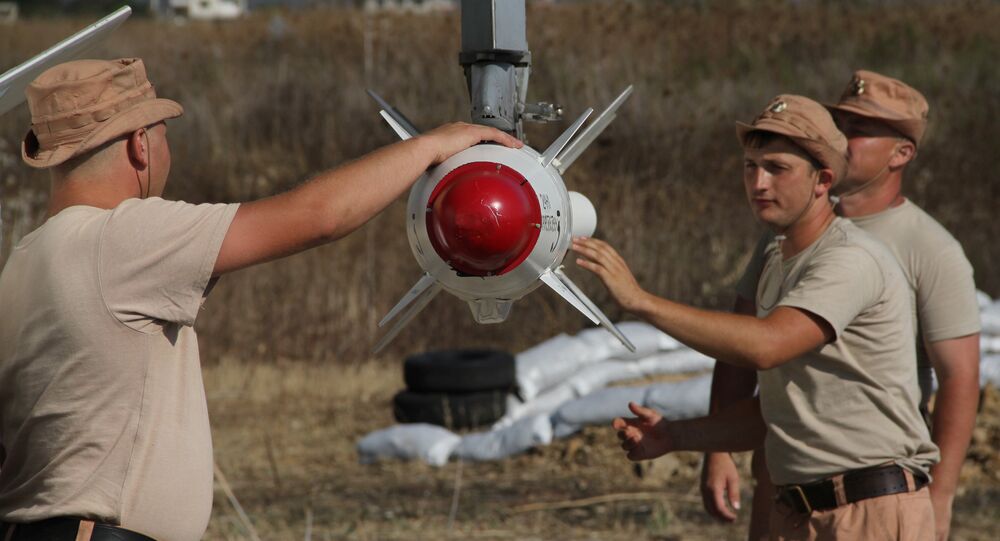 Former US National Security Advisor and Secretary of State, Henry Kissinger, has outlined his “path out of the Middle East collapse”, suggesting the US administration to define its new priorities and a new strategy in the region, as the old geopolitical structure, which lasted four decades, is currently “in shambles”, due to Russia's involvement.

© AP Photo / Amanda Voisard
'Practical Alliance of Washington and Moscow Might Save the World'
“The debate about whether the Joint Comprehensive Plan of Action with Iran regarding its nuclear program stabilized the Middle East’s strategic framework had barely begun when the region’s geopolitical framework collapsed,” the former American diplomat and Secretary of State who served in the administrations of Presidents Richard Nixon and Gerald Ford wrote in his essay for The Wall Street Journal.

“Russia’s unilateral military action in Syria is the latest symptom of the disintegration of the American role in stabilizing the Middle East order that emerged from the Arab-Israeli war of 1973.”

“That geopolitical pattern is now in shambles,” the politician added.

He has offered his way out of the current regional chaos, suggesting concentrating on strategic concepts and establishing priorities in the region, rather than debating tactical expedients.

Kissinger stressed that the first and foremost purpose is to defeat the Islamic State (ISIS, ISIL) and that it should take precedence over regime change in Syria, as “so long as ISIS survives and remains in control of a geographically defined territory, it will compound all Middle East tensions. Threatening all sides and projecting its goals beyond the region, it freezes existing positions or tempts outside efforts to achieve imperial jihadist designs”.

“The destruction of ISIS is more urgent than the overthrow of Bashar Assad, who has already lost over half of the area he once controlled. Making sure that this territory does not become a permanent terrorist haven must have precedence.”

“The current inconclusive US military effort risks serving as a recruitment vehicle for ISIS as having stood up to American might,” he added.

Moreover, Kissinger noted, “the US proclaims the determination to remove Mr. Assad but has been unwilling to generate effective leverage —political or military — to achieve that aim. Nor has the US put forward an alternative political structure to replace Mr. Assad should his departure somehow be realized.”

The politician acknowledged that the US has already acquiesced to Russia's military role.

“Painful as this is to the architects of the 1973 system, attention in the Middle East must remain focused on essentials. And there exist compatible objectives.”

© Sputnik / Michael Alaeddin
Syrian Army May Become the Most Powerful in Middle East – UK Media
He furthermore elaborated what these were:

“In a choice among strategies, it is preferable for ISIS-held territory to be reconquered either by moderate Sunni forces or outside powers than by Iranian jihadist or imperial forces. For Russia, limiting its military role to the anti-ISIS campaign may avoid a return to Cold War conditions with the US.”

“The reconquered territories should be restored to the local Sunni rule that existed there before the disintegration of both Iraqi and Syrian sovereignty. The sovereign states of the Arabian Peninsula, as well as Egypt and Jordan, should play a principal role in that evolution. After the resolution of its constitutional crisis, Turkey could contribute creatively to such a process.”

© AP Photo
ISIL Created by West to Collapse Middle East, Distort Image of Islam
“As the terrorist region is being dismantled and brought under nonradical political control, the future of the Syrian state should be dealt with concurrently.”

“A federal structure could then be built between the Alawite and Sunni portions. If the Alawite regions become part of a Syrian federal system, a context will exist for the role of Mr. Assad, which reduces the risks of genocide or chaos leading to terrorist triumph.”

“The US must decide for itself the role it will play in the 21st century; the Middle East will be our most immediate — and perhaps most severe — test. At question is not the strength of American arms but rather American resolve in understanding and mastering a new world.”