The brigades of the so-called Free Syrian Army have no centralized command or common strategy and do not differ much from the terrorists, Syria’s Reconciliation Minister Ali Haidar said on Tuesday. 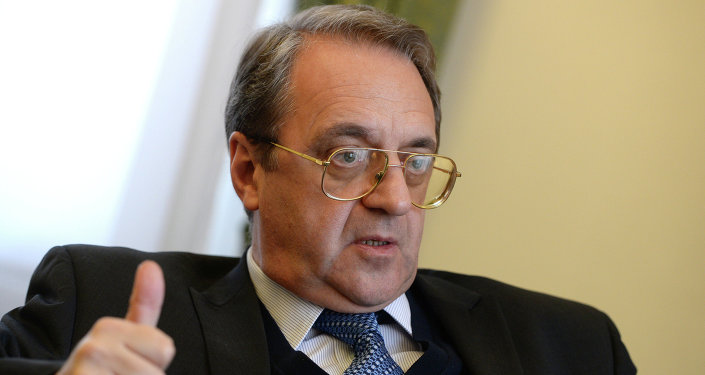 © Sputnik / Alexey Filippov
Russia Ready to Invite Free Syrian Army Representatives to Moscow
"They have neither centralized command, nor program or opinion… All these groups are essentially outlaws, they are fighting against the state, that’s why there is not much difference between them and the terrorists. The only difference is ideology and the way they express it. Just like the terrorists, they are not allowed to make their own decisions because they depend on the countries, which sponsor them,” the Minister said.

The Free Syrian Army, which many in the West view as a moderate armed opposition, is a Syrian militia group that has been fighting both President Bashar Assad’s forces and ISIL.

Some Gulf kingdoms, as well as Turkey and the United States are supplying weapons to the FSA and helping train new conscripts.

According to the Syrian authorities, many FSA units have recently been siding with the Islamic State and Jabhat an-Nusra terrorists in their fight against the government forces.

Russia has consistently been holding out for a political solution to the Syrian conflict and for a dialogue with the opposition, including the Free Syrian Army.

Moscow recently asked Britain and the US to help establish direct contact with the FSA leaders.

Foreign Minister Sergei Lavrov said that Russia did not consider the FSA as a terrorist organization and was ready to negotiate.