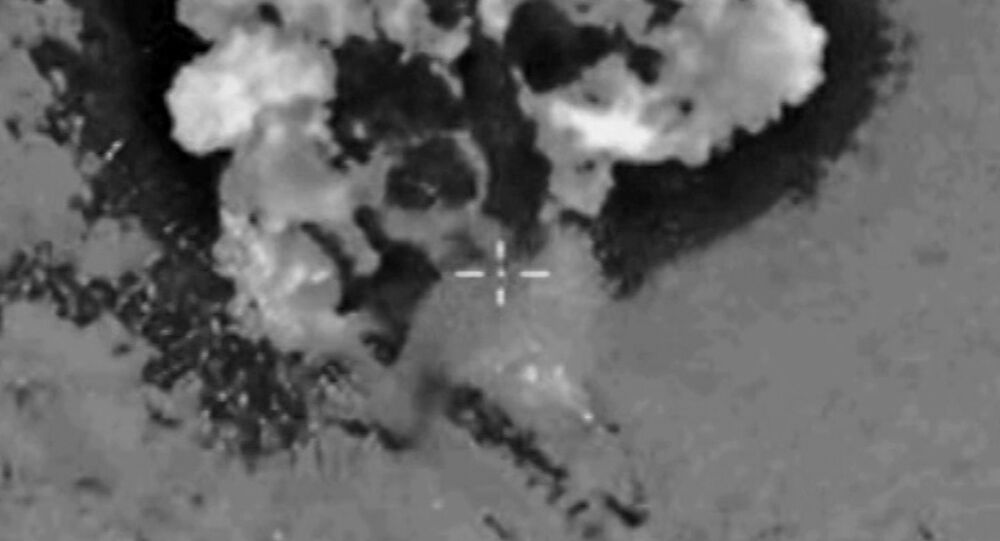 "In the area of ​​the village Qastun, the Idlib province, a large terrorist base with a command post and a disguised ammunition depot has been destroyed. As a result of a Su-24 strike by high-explosive bombs and the detonation of munitions, the facility was completely destroyed."

#SYRIA #IDLIB, near Qastun, militants' large base with command centre and ammunition depot was destroyed by high-explosive bomb

"Leaders of terrorist groups are working to fill the losses they sustained in battles with Syrian troops and due to the defection of militants. According to Syrian intelligence, a large number of foreign mercenaries are arriving in the Idlib province," the ministry said in a statement on Tuesday.

In addition, in the province of Deir ez-Zor, the Russian aviation has destroyed a mini-factory producting explosives and unguided rockets. "The terrorist facility was hit by a Su-34 pinpoint strike which destroyed the mini-factory."

Moreover, the Russian Aerospace Force has destroyed an ISIL command center and a communication center in the Syria's province of Deir ez-Zor. Russian Su-34 aircraft hit the terrorist target with a guided bomb.

"In the province of Deir ez-Zor a terrorist command post and a communication center, which coordinated the activities of five militant groups in the area, were destroyed. The facility was located in a building of a local postal office, which was captured by militants."

ISIL, the Syrian Tanks are Coming for You!