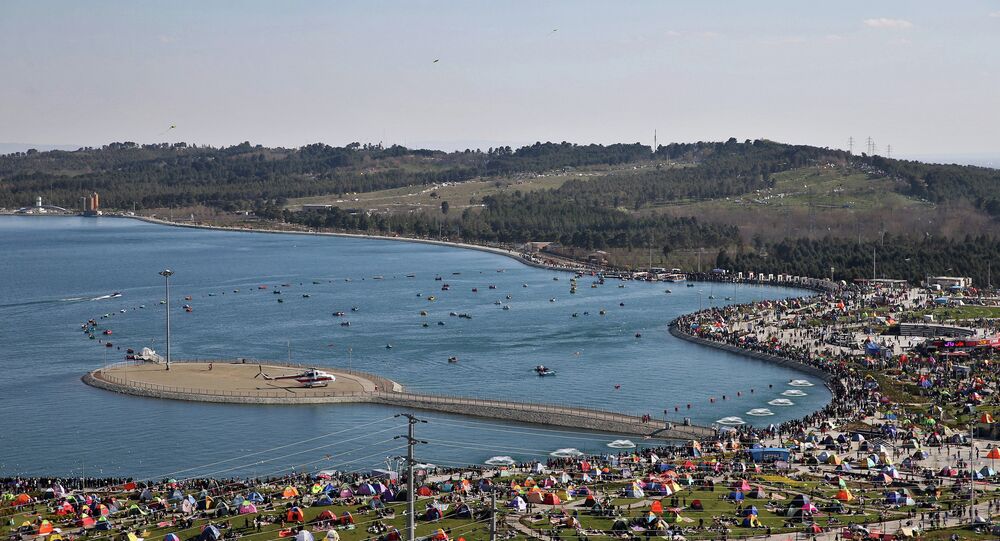 The moderate policy of the country’s president as well as the easing of visa restrictions will facilitate the return of tourists to Iran.

Iran is a country full of historical and cultural sites and has a lot to offer in terms of tourism.  The country has 19 registered UNESCO cultural heritage sites.

Its historic heritage has long attracted people worldwide and the lifting of the sanctions imposed by the US and the EU will definitely make Iran a favorite tourist destination once again, Iranian Vice President Masoud Soltanifar said.

"In the post-sanctions era, tourism is an industry that will get a boost more than any other sector," Soltanifar said in an interview with the AP, adding that his country is preparing for a "tsunami" of foreign tourists.

The politician argued that the influx of tourists would help country out of economic decline and would make it more attractive for foreign investors.

© AFP 2020 / BEHROUZ MEHRI
Iran Likely to Sell Excess Enriched Uranium Abroad Instead of Diluting it
Over the past two years, even before the abolition of the sanctions, the number of foreign tourists increased by 12%. Half of the foreigners visiting the country are Shiite Muslims, the other half are tourists from Europe, North America and East Asia.

Iranian officials are currently trying to simplify the procedure for obtaining a visa to the country. For citizens of 190 countries, tourist visas can be issued at the airport upon arrival in Tehran. The document gives tourists the right to stay in Iran for 30 days, and can later be extended for another 15 days. The authorities plan to introduce electronic visas in early 2016.