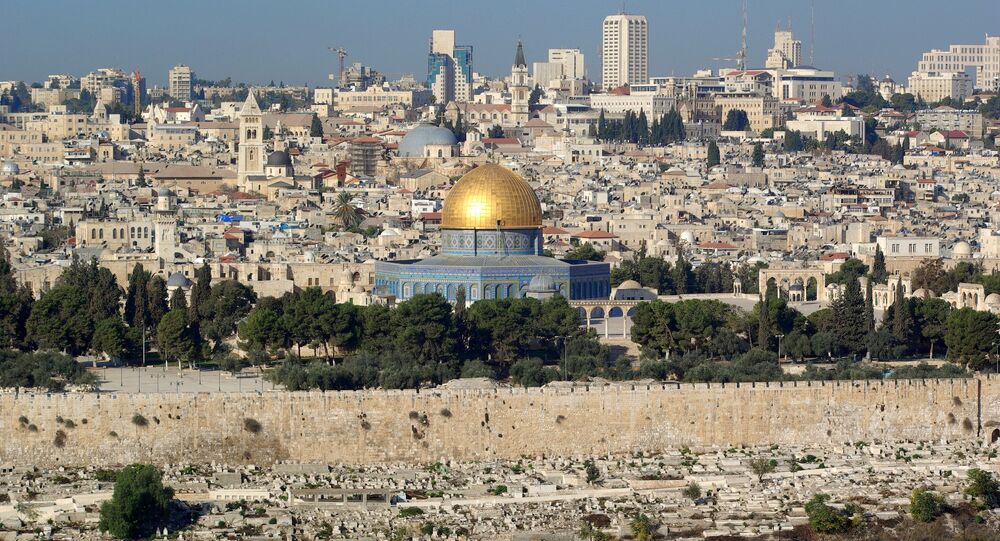 The Israeli Cabinet opposes the erection of a barrier in East Jerusalem that was previously ordered by Prime Minister Benjamin Netanyahu, Ynetnews reported.

Last month, Prime Minister Netanyahu ordered to erect a wall between the Armon Hanatziv and Jabel Mukaber neighborhoods of East Jerusalem. But members of the security cabinet pressured the prime minister to stop the project following their meeting on Sunday night, the source said.

"The wall erected in front of the houses of Armon Hanatziv divides Jerusalem and represents an achievement and a reward for terrorism. It also will not bring security and should be removed immediately," Transportation Minister Yisrael Katz said.

Several other high-ranking ministers also supported the words of the transportation minister, adding that the wall gives the impression of Jerusalem being divided.

© AP Photo
Hundreds of Israelis, Palestinians Rally in Jerusalem Against Violence
The decision to erect the wall was made last month following an increase in cases of Molotov cocktails and stones being thrown at the police. The Jerusalem municipality together with the police mapped out points of friction where the barrier would be installed. It was decided to erect a 300-meter long wall between the Arab and Jewish neighborhoods.

Jerusalem is experiencing a surge in attacks in the Jabel Mukaber neighborhood.

Three Israelis were killed and over 20 were injured in shooting and stabbing attacks in Jerusalem last week.

Netanyahu said Israel would use "all means" available to end Palestinian violence and that new security measures were planned. He warned Palestinian President Mahmoud Abbas that he would hold him responsible if incitement led to more unrest after nearly two weeks of violence.

Russia Calls for Both Sides to Stand Down in Jerusalem Violence