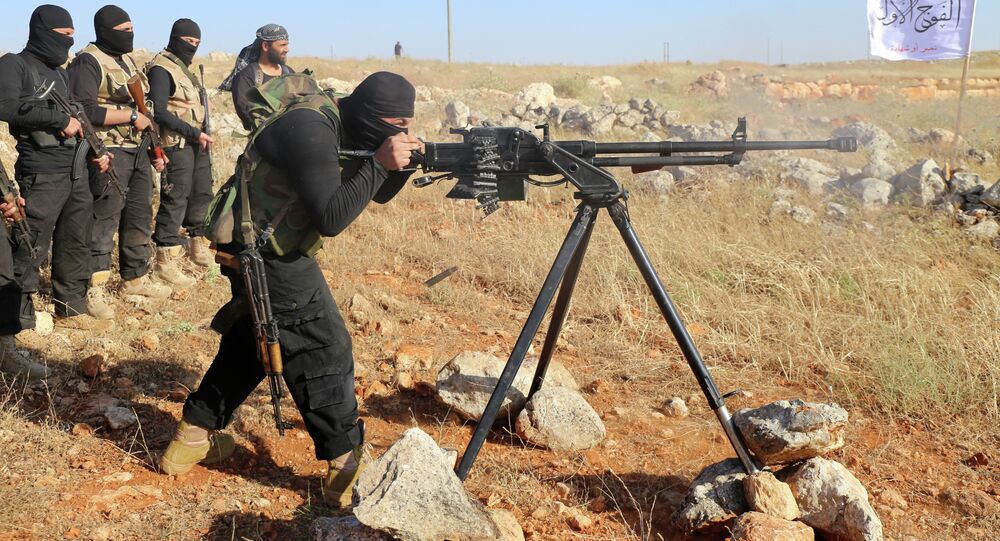 While the Syrian Army is liberating the country from the internationally recognized evil of ISIL, local rebels fighting the Assad regime received a new batch of US-made anti-tank missiles.

© Sputnik / Alexei Druzhinin
Russian Coalition 'Fighting ISIL on Behalf of the Whole World' – Commander
The US and its allies who want to topple President Bashar Assad via a proxy war led by opposition forces, delivered the new weapons in response to the government army’s advance that began on Friday.

The militants have hit at least 11 vehicles since that day, according to the London-based Syrian Observatory for Human Rights. However, a member of one of the rebel groups complained that "A few will not do the trick. They need dozens."

The armed rebels received military aid via Turkey as a part of the US support program.

On October 11, US planes dropped 50,000 tons of ammunition to help Syrian opposition to fight ISIL in the north.

© AFP 2021 / AMC / FADI AL-HALABI
Naming Names: 'Non-ISIL' Actually Means 'Al-Qaeda' in Syria
However, the US weapons designated for the opposition wrestling with ISIL sometimes serve as sand in the wheels because the opposition groups also fight the Syrian government and thus impede the battle against ISIL.

While the attitude to Bashar Assad may vary from one extreme to another, one fact remains undisputable: he is a legitimate leader and his army is the last fortress curbing the sinister violence of ISIL.

The opposition is hardly controllable and destabilizes the situation.

if Assad’s foreign opponents, unwilling to put aside their antipathies at least for the common goal of defeating ISIL, understand that their arms deliveries fan the flames of the war and weaken Damascus, do they really want to annihilate ISIL as much as they declare?