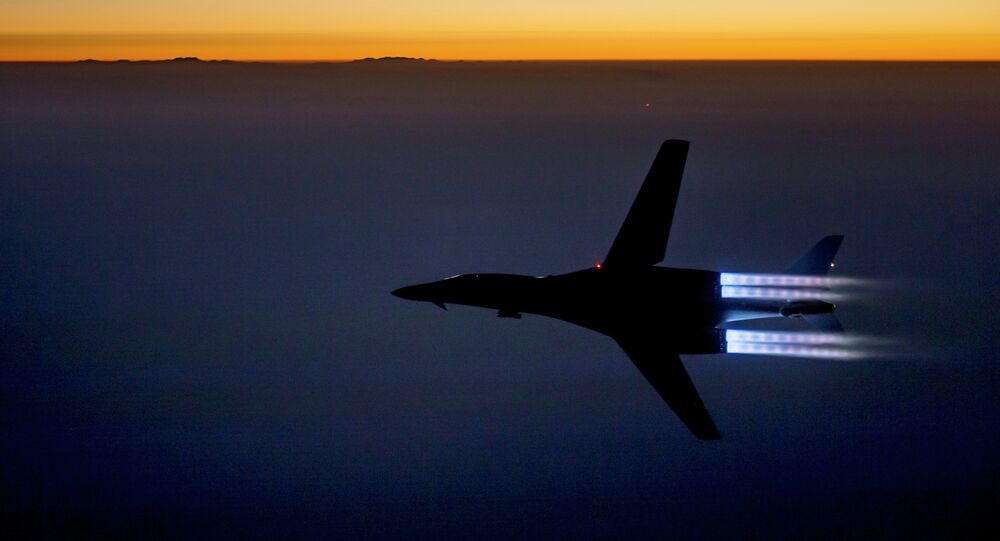 An airstrike near the Syrian city of Manbij, carried out on October 18, hit three Islamic State tactical vehicles, CENTCOM said.

WASHINGTON (Sputnik) — The US-led coalition against the Islamic State conducted 18 airstrikes in Syria and Iraq resulting in the destruction of the terrorist group’s personnel and infrastructure, the US Central Command said in a statement on Monday.

In Iraq, the coalition conducted 17 airstrikes near seven cities to the north and west of Baghdad, including Ramadi and Fallujah. The strikes hit multiple Islamic State vehicles, tactical units and fighting positions, as well as other infrastructure targets.