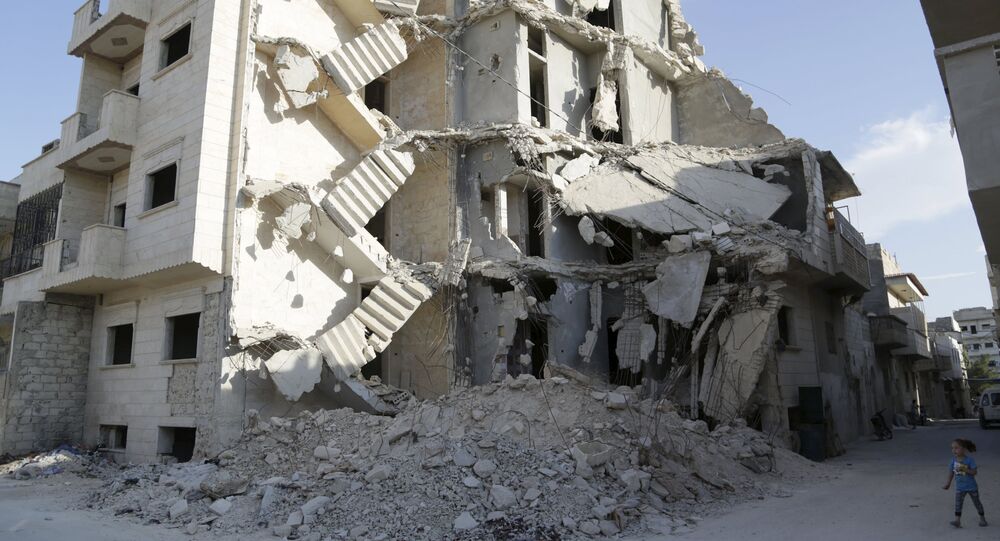 The first humanitarian convoy consisting of four trucks carrying aid collected by Syrian charities and the International Red Cross and Red Crescent arrived on Sunday in the village of Foua (northwestern Syria, Idlib governorate), a source in the local militia told RIA Novosti.

DAMASCUS (Sputnik) — Foua has been living under siege of the terrorists from Jabhat al-Nusra and Jaish al-Fatah terrorist groups for more than two years. On September 20, the United Nations facilitated the six-month ceasefire between the terrorists and the Syrian Army to deliver humanitarian aid to civilians.

"Three cars and a truck with humanitarian aid arrived in the city using the main road Idlib — Foua. A similar column was supposed to arrive in the town of Zabadani [25 miles from Damascus]," the source said.

Shiite villages of Foua and Kefraya have been under siege for over two years. Over 25,000 people, including refugees from the nearby towns and villages, captured by terrorists, suffer from critical humanitarian conditions. The local militias consisting of both Shiites and Sunnis continue to defend the city.

Syria has been mired in a civil war since 2011, with the army loyal to Assad fighting against several opposition factions and numerous jihadist groups, including Islamic State and the Nusra Front, an al-Qaeda affiliate.