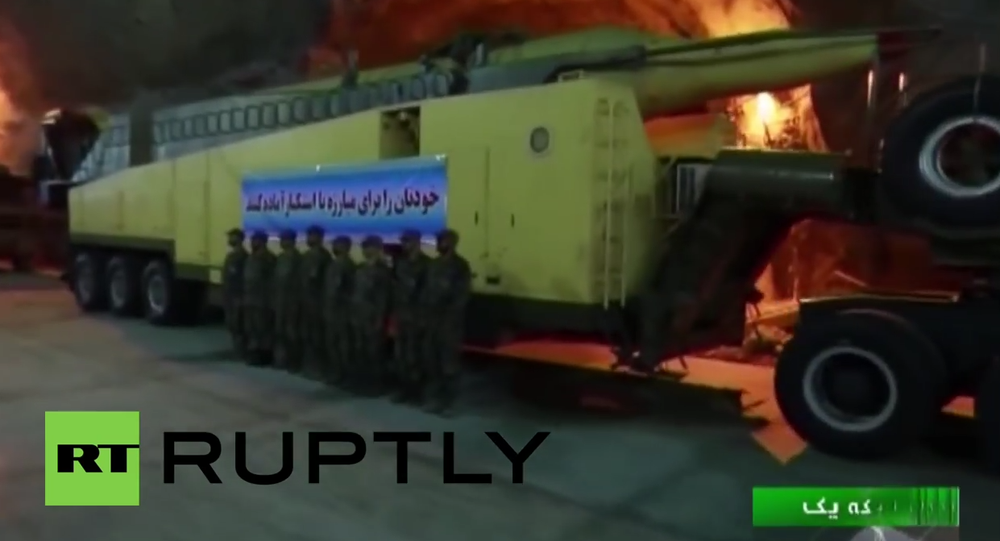 Iranian television has for the first time aired footage of one of the country’s underground missile facilities.

The state-run Islamic Republic of Iran Broadcasting (IRIB) channel was permitted to enter the base, located 500 meters below ground, and shoot the vido, which was aired on Wednesday, The Tehran Times newspaper reported.

Youtube / Ruptly TV
First-Ever Look at Iranian Missile Launch Facility
Commander of the IRGC Aerospace Force Brigadier General Amir Ali Hajizadeh said during a visit to the site that “Iranian missiles of varying ranges are ready to be launched from underground bases once Supreme Leader Ayatollah Ali Khamenei orders to do so.”

He added that Iran had built a number of missile arsenals throughout the country at depths of 500 meters.

“We are not worried if the enemies of the Islamic Revolution use the newest and most advanced generations of satellites and spying equipment,” Hajizadeh emphasized.

He further said that Iran plans to replace the current home-made missiles with new generations of long-range, advanced missiles, which run on liquid and solid fuel.

“Those who threaten Iran with their military option on the table would better take a look at Iran’s ‘options under the table,’ namely the missile arsenals. Iran’s known military power is only the tip of the iceberg,” General Hajizadeh further asserted.

Two days before the sensational footage was aired Iran said it had successfully test-fired a new precision-guided, long-range missile.

Iran, under international restrictions, has so far benefited from domestic specialists to improve its military power, frequently unveiling new products.

Since 1992, Iran has been manufacturing its own tanks, armored personnel carriers, missiles, radars, boats, submarines and fighter planes.