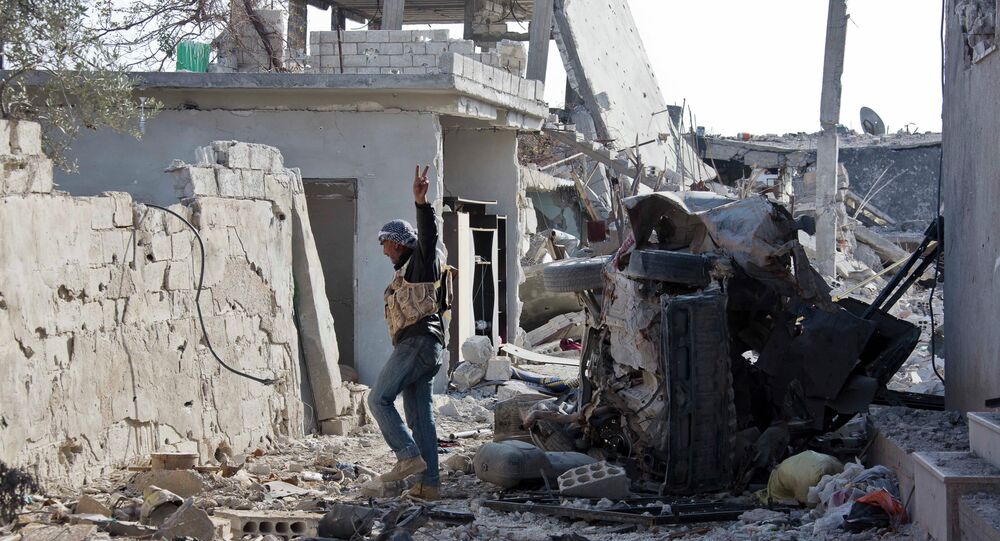 Ruins of commercial structures, apparently destroyed by airstrikes have been found on the Syrian-Jordanian border where neither Russian nor Syrian aircraft have ever operated, a senior Defense Ministry official said on Friday.

© AP Photo / French Air Force/ECPAD via AP
US-Led Coalition Against ISIL Launches 24 Airstrikes in Syria, Iraq
"Near the city of Herbet-Gezala on the Syrian-Jordanian border we found commercial buildings destroyed as a result of bombing," Col. Gen. Andrei Kartapolov, head of the Main Operations Directorate of the Russian Armed Forces General Staff, said when briefing foreign military attaches and reporters in Moscow.

"As far as we know, neither nor Syrian military aircraft have ever operated there… ISIL terrorists have never been seen in this area, which has been controlled by the Free Syrian Army since 2013,” he added.

"Why did they have to be destroyed? It looks as if someone's pilots trained or carried out a strike to report to their commanders on their combat mission accomplishment," General Kartapolov said.