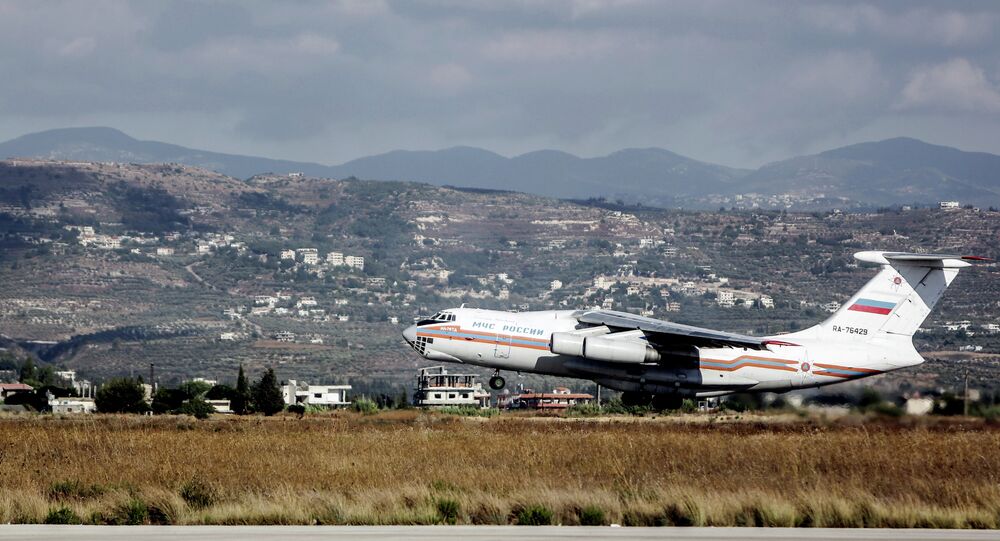 There are also four individuals without citizenship.

The plane is scheduled to arrive in Moscow at 5:30 local time, after leaving the Syrian port city of Latakia.

The evacuees were accompanied by Emergencies Ministry personnel and psychologists.

According to the press service of the Emergencies Ministry, the humanitarian mission left over 20 tons of supplies, including meat, fish, and dairy products, as well as blankets, sugar, and other essentials.

Russia began its anti-terror campaign in Syria on September 30, conducting hundreds of airstrikes against the self-proclaimed Islamic State terrorist group. This is just the latest of several evacuation missions carried out by the Emergencies Ministry since 2013, long before the Russian campaign began. Over 1,100 individuals have been safely evacuated from the war-torn country.