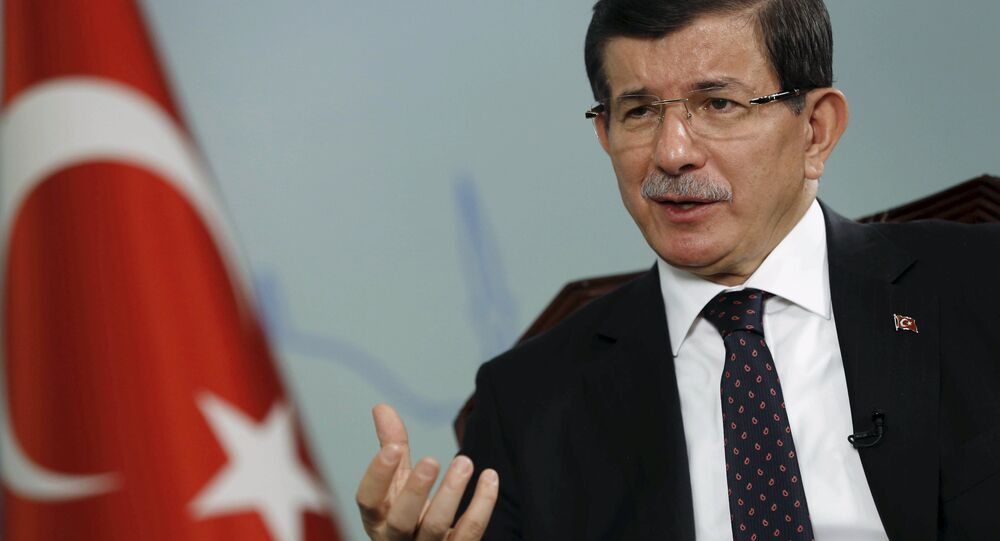 In an attempt to explain to a Turkish journalist the difference between the Islam that is being defended by Turkey and the one advocated by the ISIL, Prime Minister Davutoglu proclaimed that "there is not a 180 degree, but a 360 degree difference"; the apparent gaffe instantly sparked mockery online, with many recalling that he is a professor.

During a live TV interview on Wednesday night, Turkish Prime Minister Ahmet Davutoglu attempted to explain the difference between the religion advocated by Turkey and the one pursued by the Islamic State.

The attempt backfired hilariously, leading to a furious bout of online mockery which went instantly viral on Turkish social media.

360 degrees means they are on same spot and confirms what we already knew. AKP is ISIS and Davutoglu retard. #Turkey https://t.co/iGafpTmlyi

"There is a 360-degree, not 180 degrees, difference between the Islam we defend and what daesh [ISIL's Arabic acronym] has in its mind," the prime minister said.

There you go, he said it. Davutoglu: "There is a 360º difference between our view and that of ISIS." 360 degrees. pic.twitter.com/amexh2h6Gy

An apparent geometric gaffe has sparked a series of tweets ripping into the PM's statement, which naturally implied the government and ISIL are on the same page in their interpretation of Islam.

Many users also brought up the fact that the prime minister is, first and foremost, an academic and professor.

"Davutoglu said there is a 360-degree difference between ISIL and them. They would sue others who would say that," academic Koray Caliskan said.

"Mr. Davutoglu, you should not be a pro-parallel to know the difference between 180 degrees and 360 degrees," a well-known Turkish geometry teacher, known as Ekol Hoca, tweeted with a smiling emoticon.

"Here is an example why math should be a must at primary school," another user tweeted.