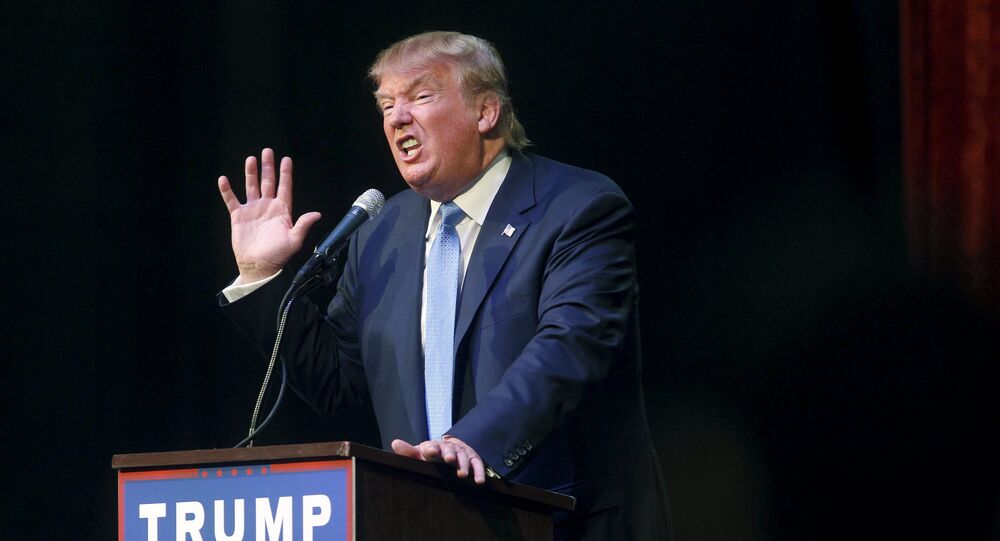 Haaretz Goes to Bat for Trump: Mideast Would Be Safer Without US Intrusion

The Israeli news website has come out in support of Donald Trump’s recent claim that the Middle East would be a lot more stable, had Iraq's and Libya's leaders remained in power and President Assad was stronger.

Over a week ago, the US Republican presidential front-runner said in an interview with NBC’s Chuck Todd that the Middle East would be more stable if Muammar Gaddafi and Saddam Hussein were still in power in Libya and Iraq, saying it's "not even a contest."

© REUTERS / Brendan McDermid
Trump: Mid East Could Be Safer With Hussein, Gaddafi, Stronger Assad
"You can make the case, if you look at Libya, look at what we did there, it's a mess," said Trump.

Haaretz went on to explain why.

Given all of Saddam Hussein's crimes, the website says, many people, including the author Peter Beinart, didn’t think that what followed Saddam could possibly be worse.

“We were wrong. According to a 2013 study by researchers at the University of Washington, Johns Hopkins University, Simon Fraser University and Mustansiriya University in Baghdad, America’s invasion, and the turmoil that has followed, have claimed the lives of half a million Iraqis.”

© AFP 2021 / Saul LOEB
Obama's Legacy: More Terrorists With More Territory and More Money
“According to the United Nations High Commissioner for Refugees, almost two million Iraqis were displaced from their homes in 2014.”

And all this was, it stresses, before the rise of Islamic State, also known as ISIS or ISIL, an organization that would probably not be in existence had America not collapsed the Iraqi state. Today, that genocidal group controls roughly one-third of Iraq.

As for Libya, it says, in the three and half years since the civil war began, according to the Danish Institute against Torture, one out of every five Libyan families has seen a family member disappear.

“By this spring, according to Ibrahim Sharqieh of the Brookings Doha Center, 400,000 Libyans were displaced (in a country of six million).”

This summer, UN Special Envoy Bernardino Leon warned that Libya was “on the verge of economic and financial collapse.”

© AP Photo / Jacquelyn Martin
Obama: Increased US Military Presence in Middle East Could Be 'Shameful' Mistake
Syria is worst of all, it stated.

“The civil war that broke out in 2011 has claimed more than 200,000 lives.  A staggering 50 percent of Syria’s people have been forced from their homes. IS controls as much as half the country’s territory.”

“The United States was safer too, since neither Assad, Gaddafi nor Saddam (Bush administration spin notwithstanding) were plotting or inspiring terrorist attacks against the US in their final years in office. ISIL is.”

The news outlet explained Trump’s core point, which is that after fifteen years of this staggering display of American violence — justified in the name of fighting terrorism, preventing nuclear proliferation and spreading human rights — the Middle East is worse off. It is more inhumane and contains more terrorists.

© AP Photo / Nabil al-Jurani
American Hegemony in Middle East Comes to Its End - US Media
“After the experiences of the last decade and a half, presidential candidates should be keenly aware of war’s unintended consequences.

They should remember that America usually lacks the power and wisdom to topple governments and build better ones in tribal societies with little experience of democratic government.

They should understand that although American “leadership” sounds good, it is often a euphemism for dropping bombs that incinerate people whose faces we never see and whose names we never know.

And that in so doing, America makes already traumatized societies even more desperate and even more hateful,” it concluded.