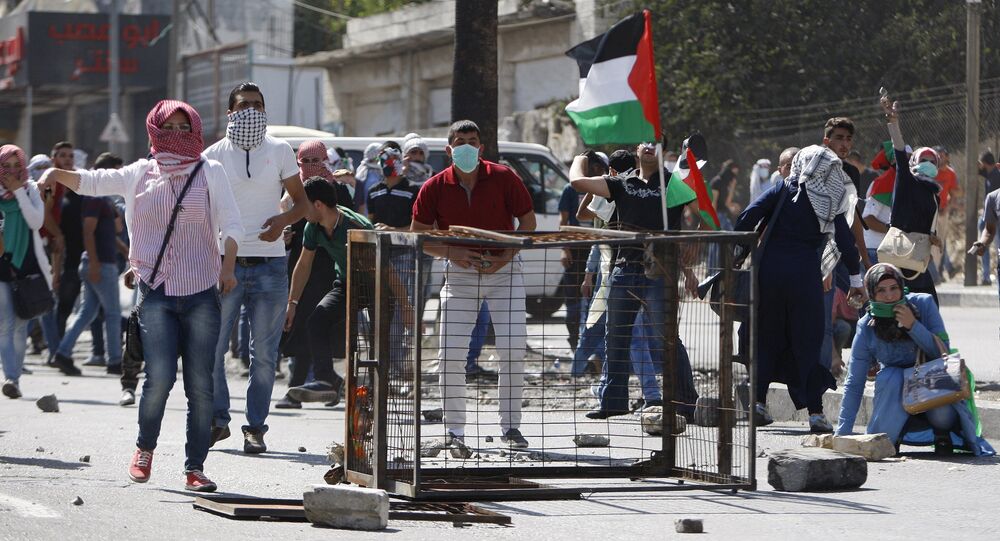 Hundreds of Palestinians are clashing with Israeli troops along the Gaza Strip border, military sources from both sides said Tuesday.

© AFP 2020 / JACK GUEZ
Israel-Palestine Violence Can Only De-Escalate if ‘Parties Start Talks’
GAZA (Sputnik) — Last week, at least seven Palestinians were killed and over 60 were injured in clashes in the West Bank and East Jerusalem.

"Five young people who were injured by Israeli bullets near Beit Hanina [Palestinian neighborhood in East Jerusalem] have been delivered to Shifa Hospital," Palestinian Interior Ministry said in a statement.

An Israeli army spokeswoman estimated that hundreds of people participated in the protest.

Since the beginning of October, over 20 Palestinians and four Israeli nationals have been killed in the clashes.

The Gaza Strip is one of the territories disputed by Israel and the Palestinians, who seek to include the territory in their independent state.

Israel does not recognize Palestine as a political entity.