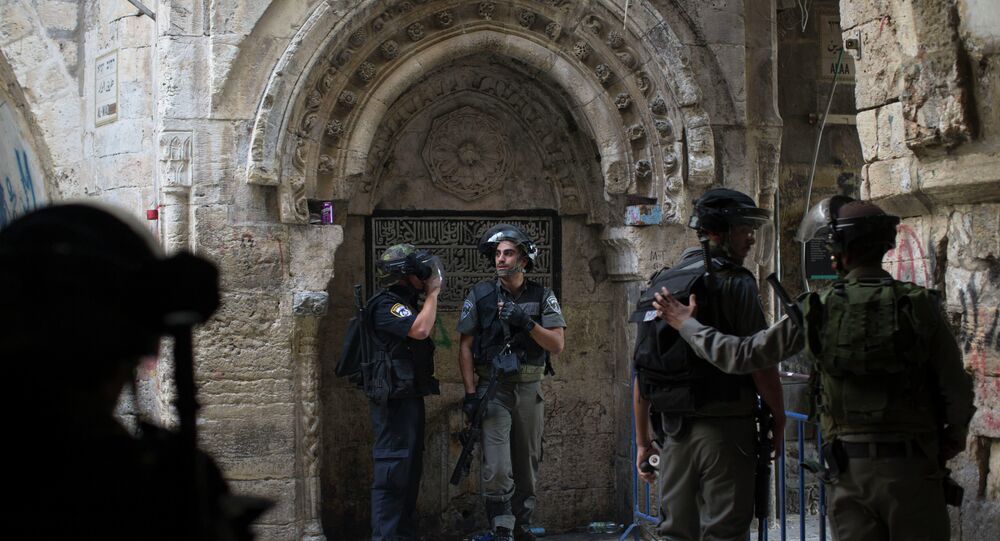 Palestinian assailants carried out two separate stabbing attacks in Jerusalem on Monday, each within one hour.

© REUTERS / Ammar Awad
Tensions Mount in Jerusalem as Knife Attacks Continue
A 13-year-old boy is fighting for his life and another man was seriously injured in two separate knife attacks that occurred in less than an hour from each other. Meanwhile, a woman carried out a terror attack at a location just opposite Israel Police national headquarters, injuring one.

A 25-year-old man was stabbed in Pisgat Ze'ev, a Jewish neighborhood in East Jerusalem. The two assailants then saw a 13-year-old boy and attacked him.

The two assailants fled when a passerby noticed the attacks and approached them. One of them was reportedly hit by a car. The other man continued running but saw him with the knife and shot him after he ignored calls to stop.

Less than an hour before, an 18-year-old female stabbed a Border Policeman, wounding him across from the Israel Police headquarters and she was shot in the altercation. The stabbed officer had seen the woman, raising his suspicions. When he asked her to stop, she turned and attacked him.

Palestinians to 'Pay Dearly' for Clashes With Police in Jerusalem - Mayor