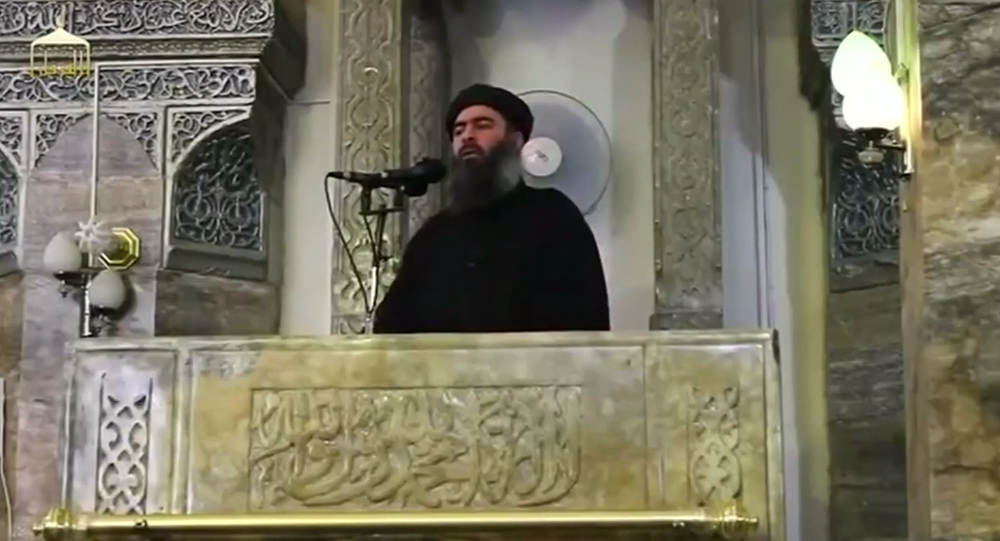 Leader of the Islamic State Abu Bakr al-Bagdadi was injured in Iraqi Army's airstrike. Currently he is in a hospital, a local source confirmed to Sputnik Monday.

Earlier it was reported that the leader of the Islamic State (ISIL) jihadist group had been injured in an airstrike in Iraq.

"Al-Baghdadi was wounded and currently is at a hospital of Al-Qaim. The hospital is encircled by the [ISIL] group's militants," a source told Sputnik.

© AP Photo
ISIL Propaganda Mastermind Killed by Iraqi Air Forces
The town of Al-Qaim is located in the northwest of Iraq on the border with Syria.

Al-Baghdadi Not Among ISIL Leaders Killed in Iraqi Army Airstrike