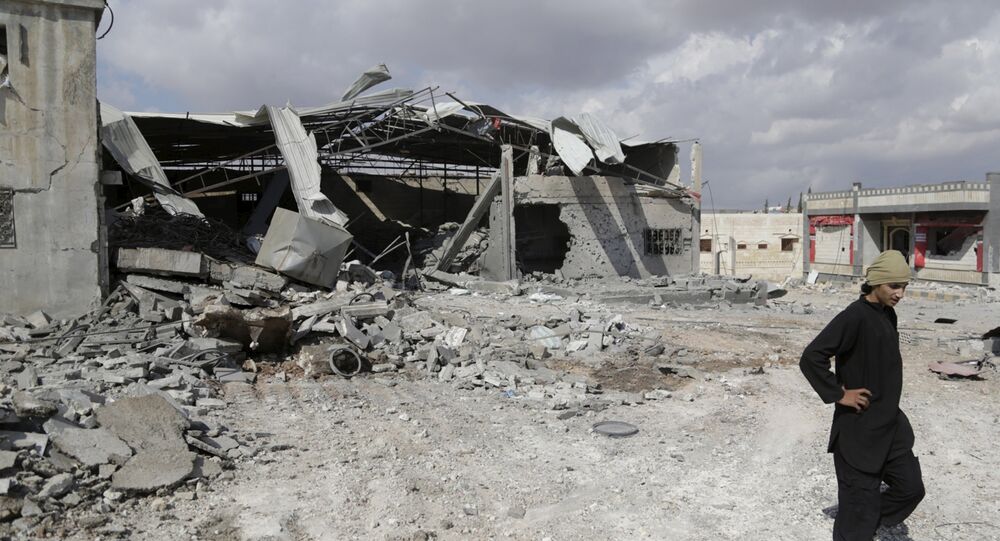 In light of the recent events in Syria, Iraqi leaders are disappointed with attitudes of Washington, who they believe are “not serious” and have turned their eyes to new possible partner – Russia.

Iraqi authorities have started to turn to Russia as the country’s major partner in the fight against the Islamic State following highly unsatisfying outcomes of the US-led alliance’s actions in the region, according to Foreign Affairs.

© Sputnik / Dmitriy Vinogradov
Iraqi Shiites Laud Russian Airstrikes in Syria, Deplore US Failures
There is much evidence for the pivot. First of all, the national military forces announced the creation of intelligence sharing center with Russia, Iran and Syria.

Secondly, the country’s Prime Minister Haider al-Abadi claimed that he would countenance the idea of launching air strikes by Russian military in Iraq.

And at last, Grand Ayatollah of Iraq Ali al-Sistani, called on Iraq to broaden anti-ISIL international coalition, hinting he would look for Russia’s involvement on the issue.

An unnamed source at Iraqi ministry of foreign affairs said in an interview to Foreign Affairs that Americans set forth too many conditions in an exchange for weapons. The defense minister of Iraq went even further– during his visit to Moscow in the beginning of the year when he said that “Russian weapons have proved themselves as the very best.”

© AP Photo / Khalid Mohammed
Russia, Iran Don’t Trust US, Assume Leadership in Iraq
The Russian military operation has been widely praised by Iraqi Shiites. For instance, the members of the Shi’ite Badr Organization have claimed they would “strongly welcome” both air attacks conducted by Russians in Iraq and an increasing role of Russia in the entire Middle East region, as the US’s approach to fight with ISIL militants is “not serious.”

Ibrahim Bahr al-Ulum, a member of Iraqi Parliament said in an interview to the New York Times that Russia is considered to be a greater power in Iraq than the US among ordinary citizens:

“What the people on the street care about is how to get Daesh [Arabian translation of ISIL] out of Iraq.”

Recalling the US operation to oust Saddam Hussein in 2003, Iraqis bewilder why the process of defeating ISIL is unfolding so “inexplicably slow.”

Ahmed Naji, a professor at Kufa University, expressed his mutual opinion on Iraq in an interview to the New York Times:

“The Americans have the technology to spot water on Mars. So why can’t they defeat ISIS [ISIL]?”