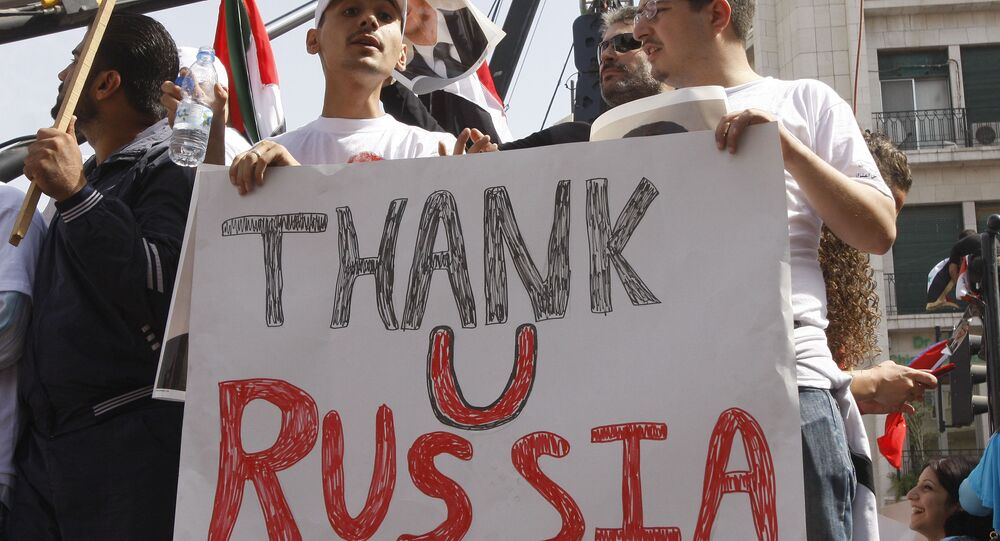 Russia Acts in Accordance With Int’l Law in Syria, Unlike US-Led Coalition

Last year, under the pretext of fighting against terrorism, the United States and its allies militarily intervened in Syria without the approval of the legitimate government of Bashar al-Assad and without receiving an appropriate UN mandate.

Meanwhile Russia started its airstrike campaign against ISIL targets in Syria at the request of President al-Assad.

"We believe that our Russian friends are sincere in their words and actions, the legitimacy of which is justified by international humanitarian law and a UN Charter," Mekdad stated during the interview.

Russian Defense Ministry
Big Boys Don’t Cry: Russia Success in Syria ‘Upsets US Policy Makers’
At the same time, Russia has already achieved more success than the US-led bombing campaign has for over a year, Mekdad said, adding that one of the reasons was due to "the insincere nature" of Western airstrikes.

Russian airstrikes in Syria have significantly reduced ISIL's combat potential, their mobility as well as the terrorists' ability to attack, he said.

Russia has sent a draft document to the United States on the measures aimed to avert air incidents between the Russian Aerospace Forces and US-led anti-ISIL coalition over Syria, the Defense Ministry's spokesman said, adding that Moscow is awaiting official notification from Washington on the date of next consultations.

US Has No Idea How to Fix Syria, Should Listen to Russia