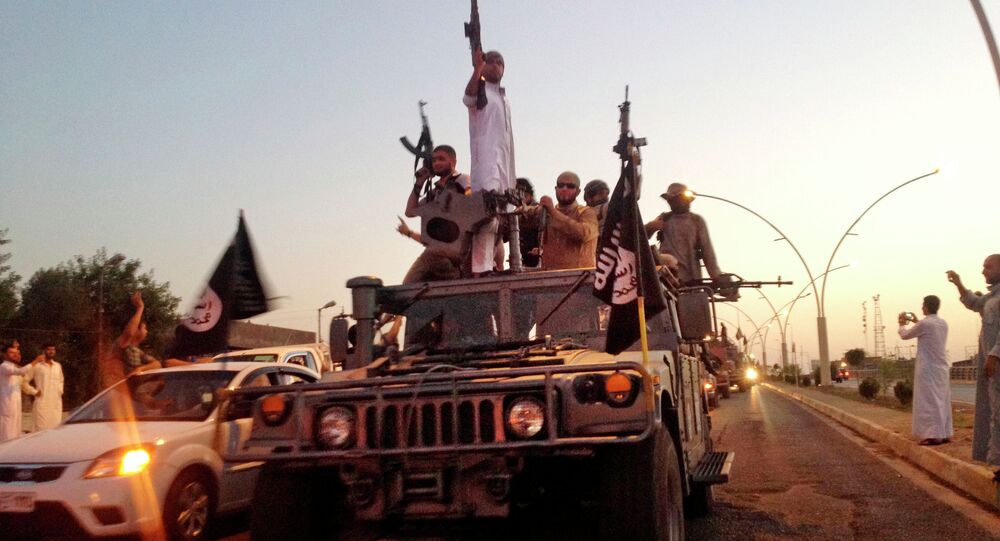 Raw footage recently posted on Twitter allegedly shows supply crates and parachutes that the US delivered to Islamic State militants while they were in control of Iraq's largest oil refinery. The video caused an uproar among Iraqis, some of whom believe that Washington is supporting the brutal group.

The footage was published by Hayder al-Khoei, an associate fellow in the Middle East and North Africa Program at Chatham House. Titled 'US supports ISIS,' it is said to be one of many similar videos circulating on the internet.

© Photo : Youtube / Russian Defense Ministry
Shock and Awe: Russian Cruise Missile Strike on ISIL Caught US Flat-Footed
The recording, reportedly made at the Baiji refinery, shows an unidentified man speaking in Arabic. He asks the person shooting the video to film everything he sees around him.

Pointing at what appears to be a parachute, he says that it was sent by Americans to the Islamic State, also known as ISIL/ISIS. The man adds that Americans delivered weapons and food to the Baiji oil field after it was seized by extremists.

The information presented in the video has not been independently verified.

Videos showing supply deliveries and helicopters "flying above Hashd/ISF positions towards ISIS-held areas reinforce the narrative that US supports Islamic State in Iraq," al-Khoei commented in a tweet.

One of the Twitter users noted that supply crates could have been dropped when Iraqi security forces were trying to ward off ISIL offensive. The area around Baiji has seen intense fighting between government forces and militants since December 2014.