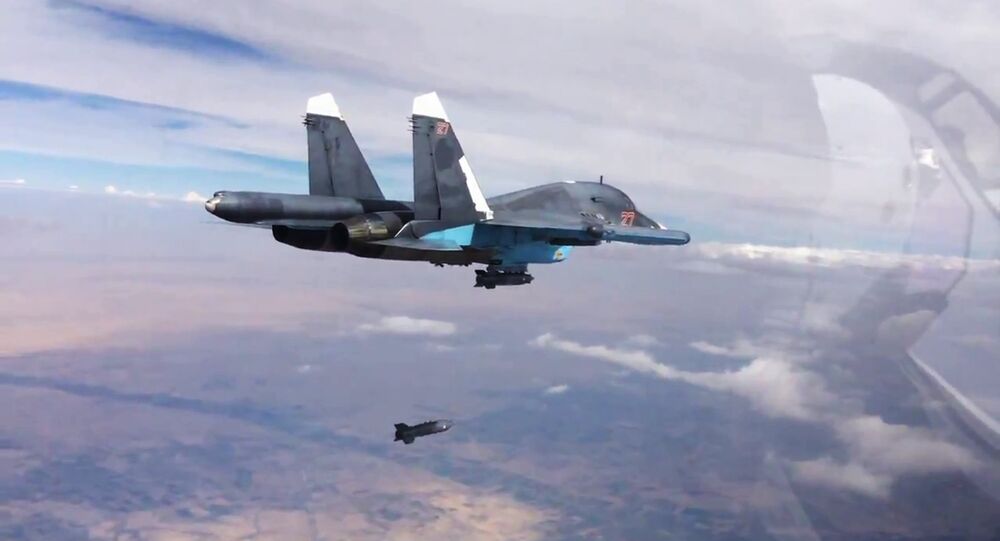 Russia’s successful aerial campaign against the Islamic State terrorists in Syria have rattled military planners in Washington, laying bare their “imitation” war on the terrorists who had only strengthened their positions over the past year, an Iranian political analyst said on Friday.

Russian Defense Ministry
Claims of Russian Cruise Missiles Falling in Iran 'Blatant Lies' - Iranian General
“US and other Western representatives accuse Russian pilots of killing civilians in Syria… These accusations are totally unfounded,” Seyed Hadi Afgahi told Sputnik.
“NATO and US intelligence knows perfectly well that the Russian air force is targeting the positions of ISIL and other terrorist groups, nothing else.

But the Americans are still trying to play down the Russians’ successful aerial operation in Syria in order to justify the ‘imitation’ war they have been waging against ISIL,” he noted.

Seyed Hadi Afgahi said he was confident that Iran would be ready to send troops to support the Syrian armed forces but only when officially asked to by the Syrian government.

“Right now there are no Iranian soldiers in Syria,” he added.

The United States will not coordinate its operations in Syria with Russia as long as Moscow continues to give support to Syrian President Assad and endangers the lives of US pilots operating in the area, Pentagon spokeswoman Lt. Col. Michelle Baldanza said.

“We are concerned that Russia is continuing to target non-extremists in Syria, demonstrating that they deem propping up the Assad regime as more important than countering ISIL. We have made clear that should Russia seek to focus on countering ISIL with its military activities, then we would welcome this as productive.  However, as long as the Russian military action is focused on supporting the Assad regime, we cannot and will not discuss any measure of cooperation,” Baldanza added.

Russia, US to Hold Talks on Anti-ISIL Air Operations in Syria Over Weekend