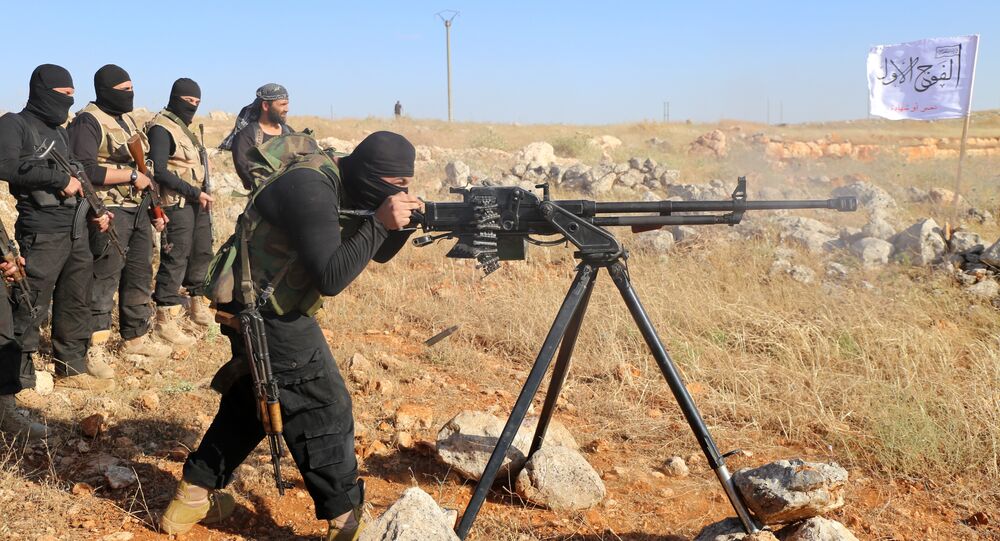 Saudi Arabia is ramping up its supplies of lethal weaponry to three different rebel groups in Syria in response to the Russian airstrikes on Syrian rebels, British media reported, citing a Saudi government official in Riyadh.

© Sputnik / Dmitriy Vinogradov
Airstrikes in Syria Prove 'Russia Will Not Tolerate Half-Way Measures in Fighting Terrorism'
The official, who was speaking on condition of anonymity, said supplies of modern, high-powered weaponry including guided anti-tank weapons would be increased to the Arab- and Western-backed rebel groups fighting the forces of Syria's President Bashar Assad, the BBC reported on Friday.

He did not rule out supplying surface-to-air missiles to the rebels, a move resisted by many in the West for fear that they would fall into the hands of ISIL and end up being used to shoot down warplanes of the US-led coalition or even civilian airliners.

He said those groups being supplied did not include either Islamic State or al-Nusra Front, both of which are proscribed terrorist organizations.

Instead, he said the weapons would go to three rebel alliances — Jaish al-Fatah (Army of Conquest), the Free Syrian Army (FSA) and the Southern Front.

On October 2 the United States and its allies — Britain, France, Germany, Turkey, Qatar and Saudi Arabia — urged Russia to end its airstrikes against the forces of the so-called “moderate opposition” in Syria, warning this would further escalate the conflict and lead to a new weave of extremism and radicalism in the war-torn country.

US Support for Syrian Rebels 'Dangerous' as Russia Conducts Airstrikes